Home What We Do Publication of 13 booklets in Arabic on sustainable agricultural techniques: a project... 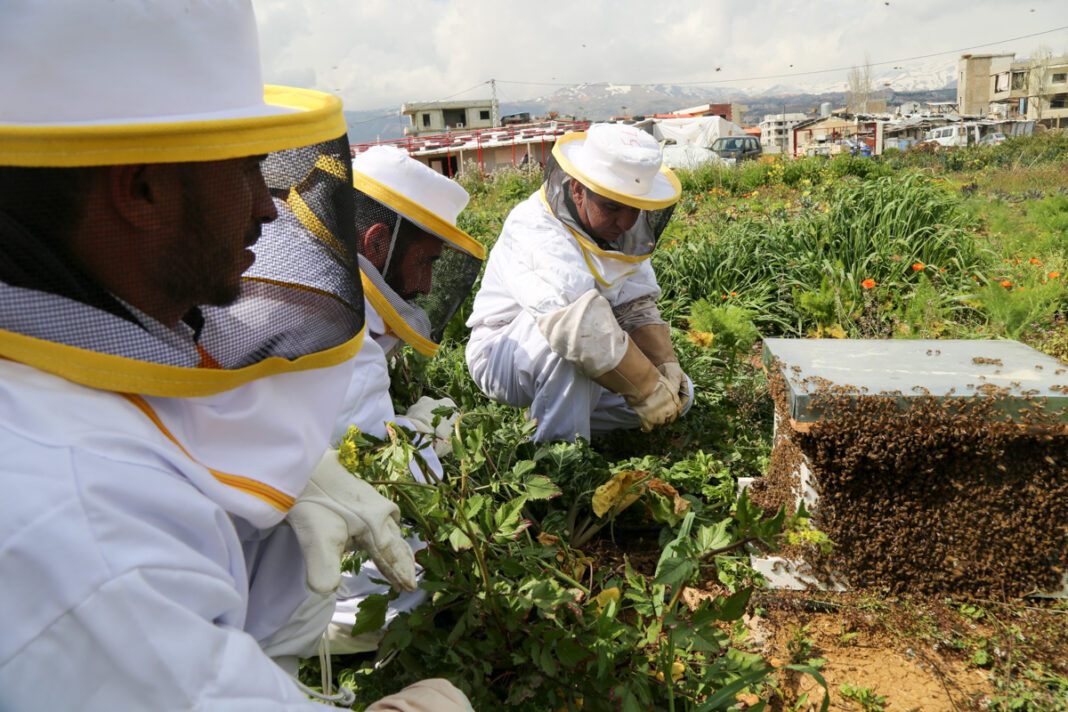 Since 2016, Amel Association International has created a solid partnership with the young association Buzuruna Juzuruna (BJ).

Buzuruna Juzuruna, active since 2015 and registered in 2018, is a Lebanese association created by a network of farmers, agricultural engineers, activists or members of Lebanese and international civil society. Its main objective is to « promote sustainable agriculture in Lebanon through the transmission of knowledge and means of production ». Since 2015, the Buzuruna Juzuruna network has been developing various agricultural projects aimed at « promoting sustainable agricultural techniques and know-how in Lebanon, through short or long training courses on the farm-school, awareness sessions, exchange of practices, etc. ». Over the years, the association has acquired an important collection of peasant seeds from the Middle East (more than 180 varieties of vegetables, flowers and cereals) coming from the region, seed networks and European seed banks. Since 2016, the farm-school in Saadnayel has been responsible for multiplying these seeds, selecting them, adapting them to the local climate, and testing their resistance and quality. The Saadnayel farm serves as an agricultural laboratory, to experiment and disseminate both local varieties and more sustainable techniques and know-how. The team then distributes these seeds (through distribution, exchange or sale) so that they can be grown and reappropriated by those who need them most, Lebanese farmers, family gardens in refugee camps, urban gardens, etc.

In recent years, Amel will play an important role in structuring and building the capacity of the BJ association. Thus, in addition to providing technical and administrative support and training sessions in accounting management, several successive projects (between October 2017 and 2019) are implemented in close partnership between Amel and BJ.

These projects consist of training on different themes related to sustainable agriculture for different audiences: construction of family gardens for vulnerable families living in refugee camps or surrounding villages, students in Lebanese agronomy or young farmers, « nature classes » with vulnerable children, training of trainers in agricultural animation, etc. They are implemented with many partners (Amel, Orienthelfer, BMZ, Soils Permaculture, CosV, Zaher, Terre & Humanisme, WFP, Chambre d’Agriculture de Zahlé, etc.) and guest teachers and are flexible and adapted to the levels and social and geographical origin of the different participants. 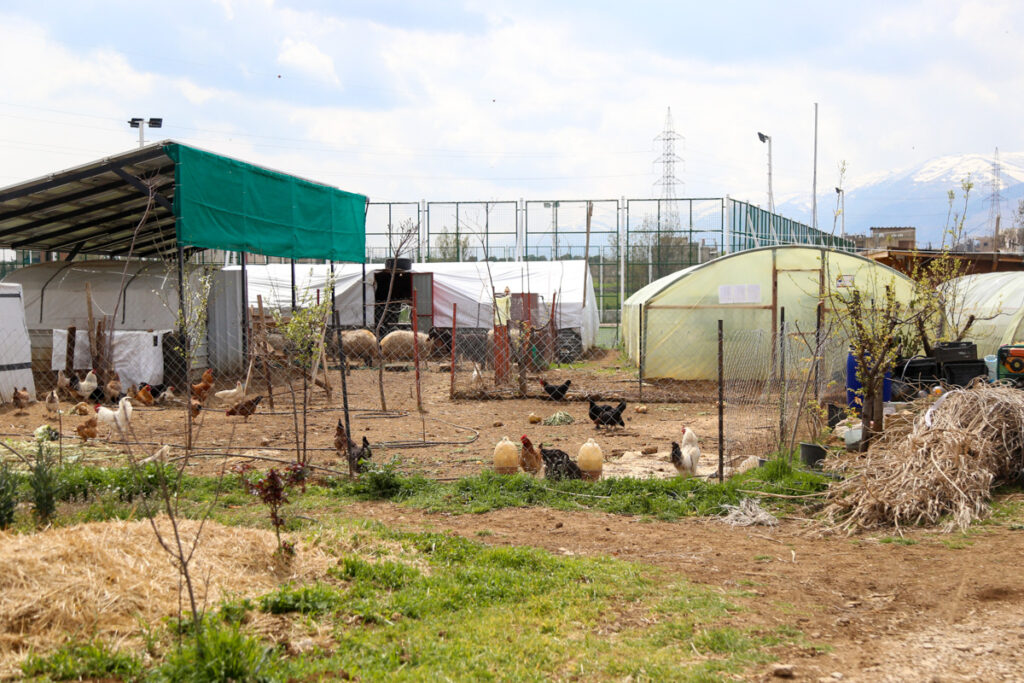 The latest project, which took place between June and November 2018, was supported by the German Cooperation (BMZ) and the German NGO OrientHelfer. It included a training of trainers for the farm team, two cycles of training for vulnerable Syrian and Lebanese youth, but above all a major step forward for the young association: the finalization of its own training curricula.

During the six months of the project, the BJ team, assisted by about ten external specialists, worked on the writing of what is a very rare, if not non-existent, resource in the Arab world: booklets in Arabic accessible to all, fun and educational, on the techniques of “integrated” agriculture.

At the end of 2018, 13 educational booklets were created by the association, on the following themes: 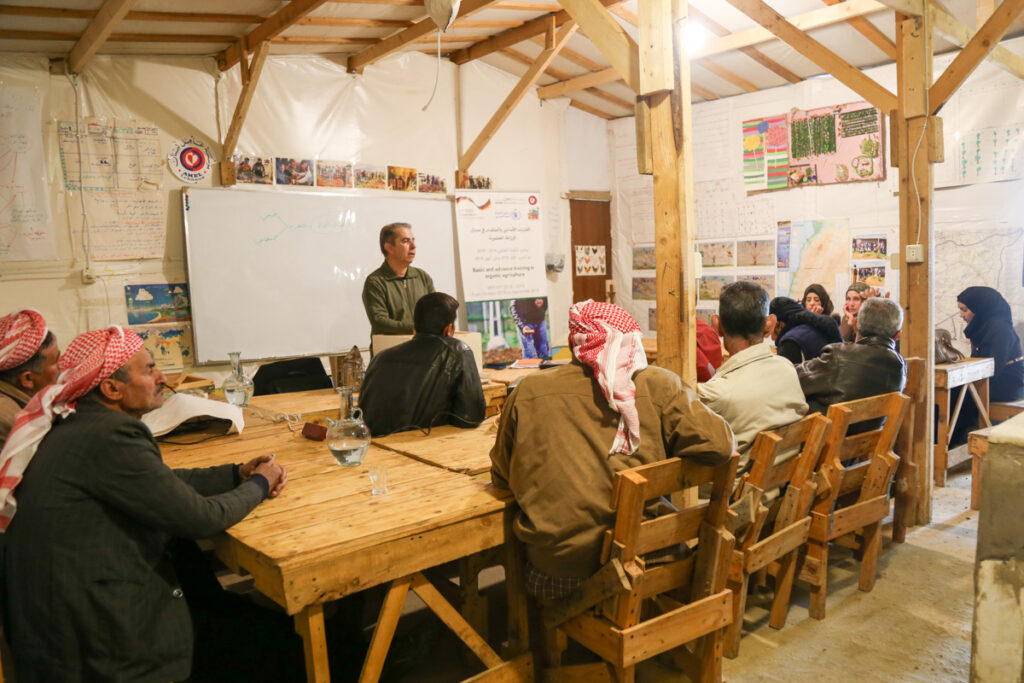 These contents, shared here on the Amel Association International website, are free of rights and should be distributed as widely as possible, from the Middle East to the Maghreb, in order to serve as a training support for animators in sustainable agriculture, and as a guide for farms wishing to convert to alternative agricultural models.

The Syrian crisis, but also the many wars that have torn the Middle East apart for several decades, have caused immense damage to the region’s agricultural heritage. Since 2011 in Syria, agricultural infrastructure, equipment, farms and cisterns have regularly been the direct targets of the various belligerents in the conflict, in order to starve and thus enslave civilian populations deprived of means of food production. In Lebanon, the Syrian crisis has resulted in a tightening of the land access market, closing most of the trade routes that traditionally offer outlets for agricultural products (roads to the Gulf country on the one hand, Turkey and then Europe on the other hand, passed through Syrian territory). In addition, post-conflict reconstruction policies tend to impose a very limited number of modified seeds (“hybrids” or “GMOs”), in order to concentrate production in the hands of a few companies and facilitate the sale of pesticides and fertilizers. In this respect, the example of Irak post-second Gulf War is revealing, when the “Bremer” plan, set up under American auspices in 2003, restricted to only 22 “hybrid” wheat varieties the seeds authorized for production and sale (mainly seeds produced by the United States) effectively prohibiting the hundreds of other varieties that had been grown since immemorial time. Finally, the massive use of pesticides and chemical fertilizers in the region; the consequences of climate change (droughts, storms and heavy rains, etc.) are all factors that threaten a millennial agricultural heritage of complete disappearance.

Seed diversity and peasant autonomy are therefore particularly threatened in this region, which has been the breadbasket of the world since the Mesopotamian era. It is therefore of paramount importance to develop initiatives to protect this heritage and to change practices towards more sustainable agriculture. 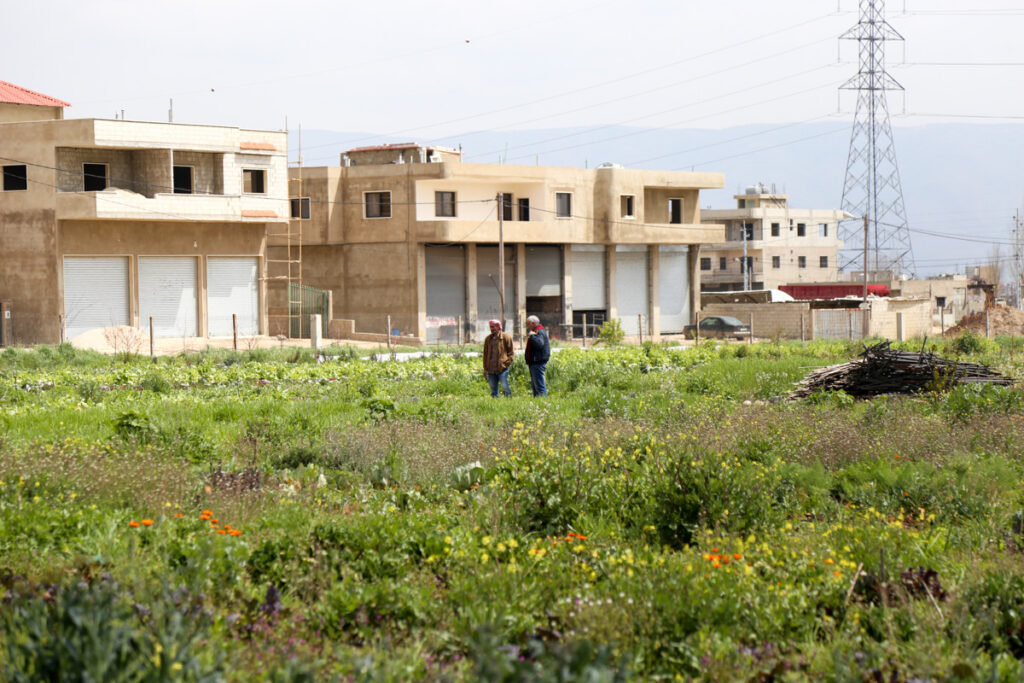