Dignity and justice for all

One million, six hundred thousand interventions have so far been provided within the lives of thousands of people during the past 6 years including Syrian and Iraqi refugees by Amel Association team. These interventions in health, education, empowerment, psycho-social support, protection, and livelihood trainings were implemented to give different endings to the sad stories caused by war and conflicts in the Middle East.

Amel was created in 1979 by Dr. Kamel Mohanna, side by side with pioneer international NGOs such as Doctors without Borders and Doctors of the World. It started its activities as a reaction to the civil war that broke out in Lebanon in 1975. Since its creation, Amel has opened field hospitals, maternities, development and medical centers in addition to cooperatives in several areas, regardless of their political or religious affiliations. One of the key illustrations of this non-discriminatory approach is characterized by AMEL’s presence in the two areas in which the Lebanese civil war started, Chiyah and Ain El Remaneh. The local populations there did not interact in anyway during these times. However, instead of letting distrust and prejudice prevail, Amel pursued peaceful relationships by linking the two communities through common community events and dialogue. With its 24 centers and 6 mobile medical units, Amel has offered accessible medical and psychosocial services, professional training, rural development and child protection and has promoted Human Rights for more than 36 years. Since its foundation, Amel has strived to help all vulnerable groups, without discrimination, and thus it goes beyond the fault lines that divide Lebanese society

Amel is an independent nonprofit, non-confessional Lebanese organization dedicated to saving lives and generating a democratic and prosperous Lebanon. Amel offers quality services in the health, psychosocial, human rights, child protection, rural development and vocation training fields. Amel’s interventions involve the entire resident population, regardless of religious affiliation or political beliefs. Amel’s mission is to improve the quality of life of residents who are affected by repeated humanitarian crisis through health and development programs in a participatory approach and a positive spirit of humanity. As a key member of the country’s civil society, Amel aims to build a democratic and prosperous Lebanon, involving the entire resident population, regardless of religious affiliation, political beliefs, socio-economic level or nationality.

As a pioneer NGO in the Arab world, Amel Association International believes in an innovative vision of change and a non-discriminatory approach with a strong commitment to citizenship and equal rights. Amel’s optimistic spirit is profoundly rooted in a participatory approach and a positive spirit of humanity, which is clearly defined by its watchword of “Principles defining a position that we put into practice” (3P). Amel aims to build a democratic and prosper Lebanon. A country where citizenship will become a real concept shared by all and where fundamental rights (health, education, housing, etc.) will be provided by the state. We should exit of the confessionnal system, to move towards the civil society and the citizenship in a civic and democratic state. We are defending the usefulness of reliable registration for the country’s social and economic development. We believes that the social capital and the action on the field are the engine of the social change. A Society in which all citizens should live in dignity, free to think, to believe, to circulate, and to speak up. The people should enjoy his full rights as a citizen regardless his backgroud, political choices, beliefs, or geographical origine. Amel’s vision represents a model and true catalyst for social changes on a broader level. Concerning the Humanitarian action, Amel essentially aims to promote a fairer balance between international and local NGOs working in Lebanon or other parts of the world. It aims also to strengthen fair relationships between South and North in humanitarian action and international crises response, such as the current refugee crisis. Amel is eloquently pleading for a committed humanitarian action aiming at restoring dignity for all. For Dr. Kamel Mohanna and AMEL’s team, “humanitarian action is a lifestyle and not merely a job”.

A local NGO who become International

AMEL is a well-recognized NGO internationally, notably through its membership in the UN Economic and Social Council (ECOSOC) and in the Humanitarian Accountability Partnership1, an extensive network of NGOs favoring better coordination of humanitarian action worldwide. AMEL’s scope of humanitarian activities is thus ever expanding. The organization has opened offices in Switzerland and in France to replicate its approach with the vulnerable populations in Europe. Moreover, AMEL has been the only local NGO participating in the fruitful dialogue related to “reshaping humanitarian action” as part of the process of the World Humanitarian Summit that was held in 201. In the same year Amel won the the Prize for the prevention of conflicts and for peace in Lebanon, and was nominated for the Nobel Peace Prize. 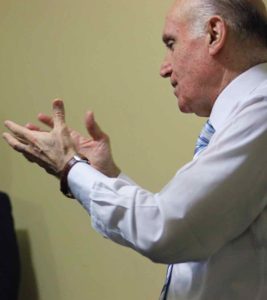 Dignity and justice for all

To promote for a committed humanitarian action and international solidarity.

To build the capacity of people to be resilient and through offering them an alternative that the social power can emerge to put an end to the barbarities of our world today.

Principles defining a position that we put into practice (3P). 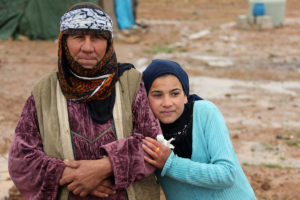 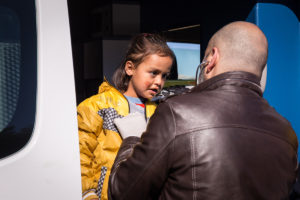