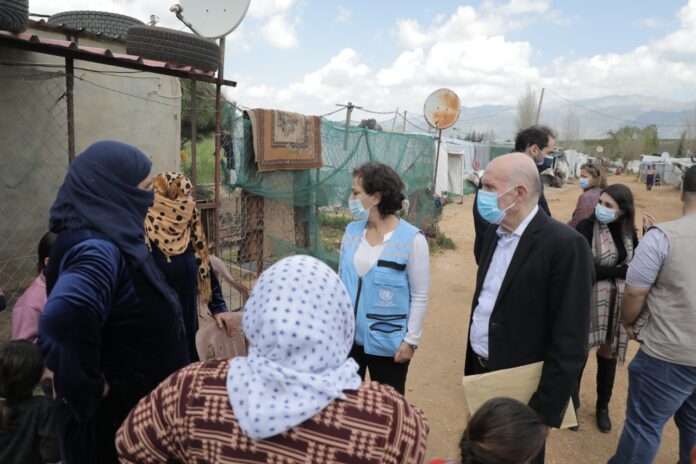 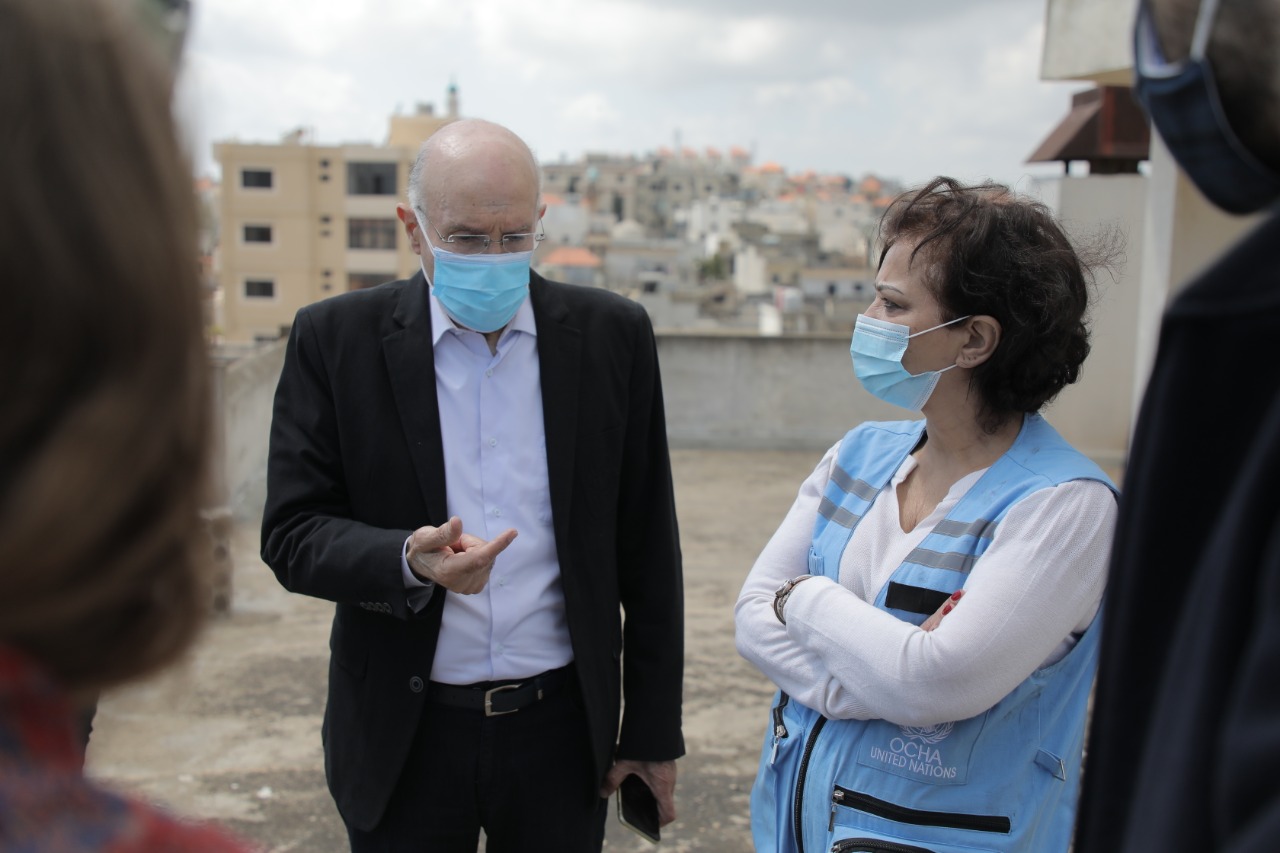 In a desire to see on the ground the work of Amel center and the programs that present for the region, Dr. Najat Rouchdi, the deputy coordinator of the United Nations in Lebanon, Dr. Severine Rey, director of the UN Office for the Coordination of Humanitarian Affairs (OCHA) in Lebanon, visited the center of Amel international association in Khiyam in the South.
The delegation was received by Dr. Kamel Mohanna, president of Amel International association and general coordinator of the NGO collectives in Lebanon, Virginie Lefèvre, coordinator of partnerships and programs at the association, and member of the board of directors Dr. Zeina Mohanna and the team of the development center of Khiyam and its head, Maysam Haydar.
The visit started with the presentation of the different areas of intervention of the center such as medical services and development initiatives for the population of the village and its surroundings. This center, which was chosen as the best health center in Hasbaya – Marjaayoun region according to the standards of the Ministry of Health provides the beneficiaries with the best technologies and medical machines covering several specialties, such as ophthalmology, physiotherapy, pediatrics, gynecology, cardiology, etc., in addition to providing medicines and social services to the people, along with awareness sessions commensurate with the needs of the inhabitants.
Dr. Mohanna revealed that there are six centers of Amel in Hasbaya-Marjaayoun region, which provides development programs for all people in order to guarantee their basic rights in terms of access to health, care and protection, especially in light of the deteriorating economic situation that Lebanon is going through.
Mohanna also indicated that the distribution of Amel’s centers in different regions of the south Arkoub, Halta, Fardis, Khiyam, Hasbaya and Marjaayoun, in addition to other Amel’s centers in Al-Bazuriyeh, Tyre and mobile clinics that operate inside the IDP camps, represents Amel’s philosophy that aims at providing services to every human being without discrimination.
In addition, the teams of the education program presented the activities of school support implemented in the camps through the mobile unit launched by Amel in 2018 and which is equipped in an innovative way to support children at the educational and psycho-social level. 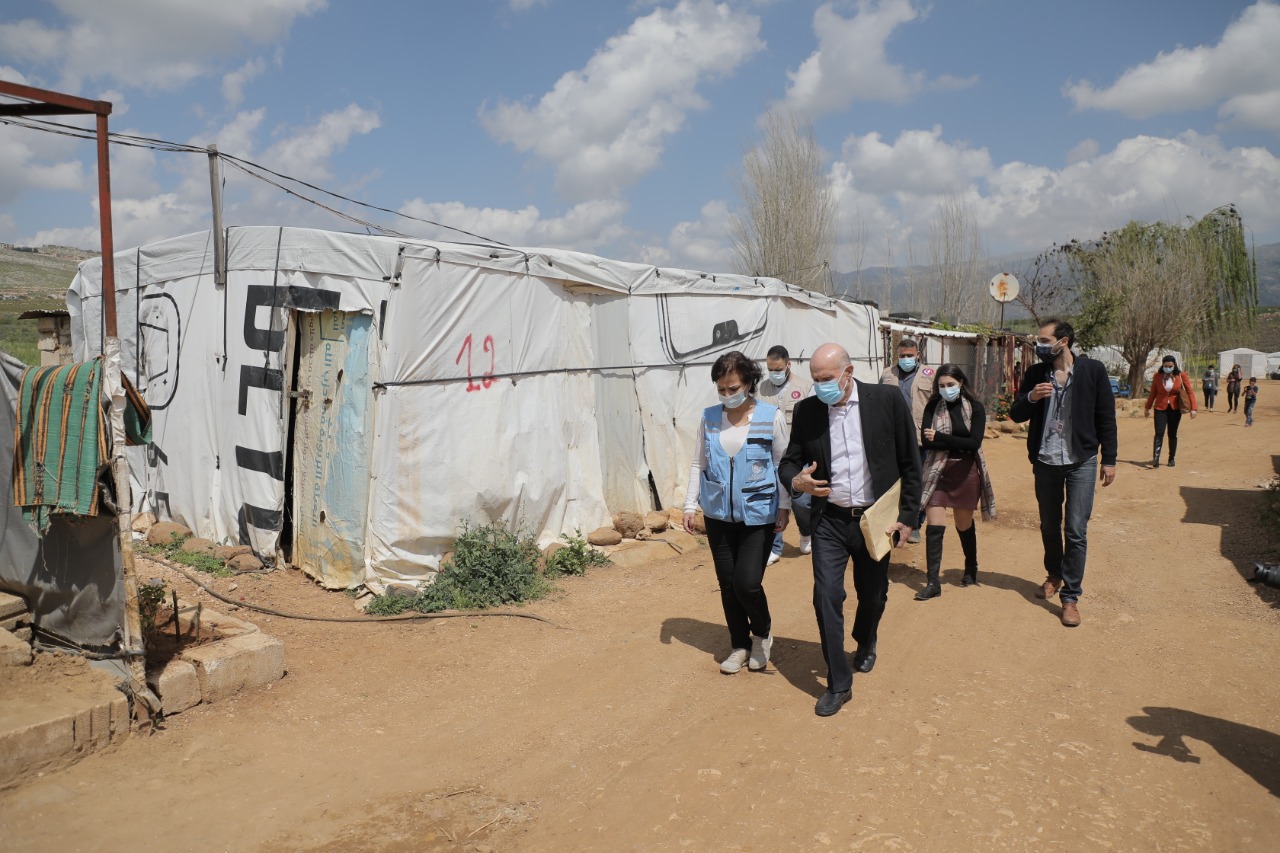 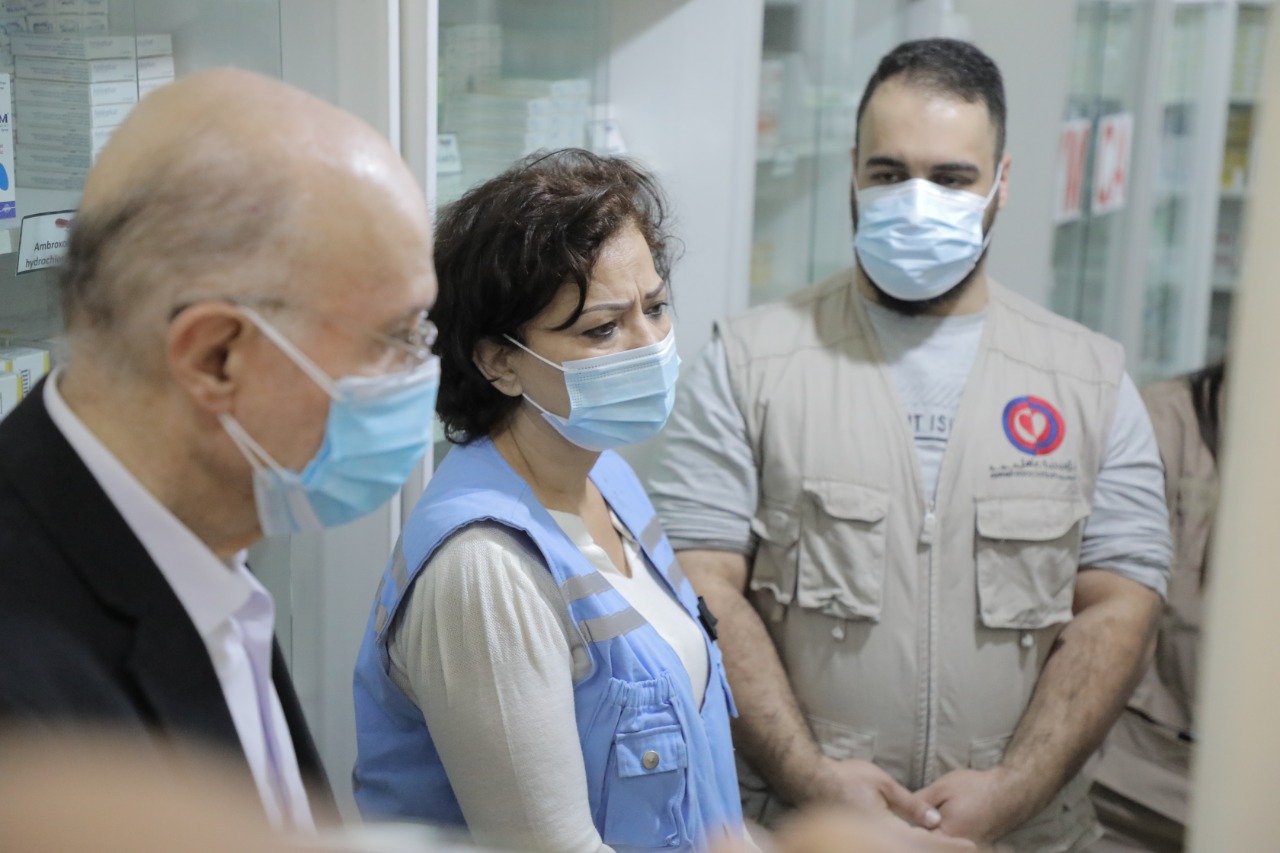 Dr. Kamel Mohanna also accompanied the delegation on a visit to Sarada camp, which hosts about 1500 displaced Syrians suffering from tragic conditions. They discussed the challenges faced by the refugees and Amel’s role in terms of solidarity and response to their needs, especially during the spread of the Covid-19 pandemic.
Mohanna insisted that Amel, the non-denominational NGO will continue through its 27 centers, its six mobile clinics, its two mobile education units, its special care unit for street children and its 1000 full time employees to intensify these efforts, in order to prevent the collapse of the Lebanese society.
Mohanna thanked Rouchdi and Rey for their support and solidarity with the Lebanese people and the refugees in these compelling circumstances while counting that “The international community must stand above political calculations and support Lebanon in this crisis”.
For his part, Rouchdi expressed his admiration for the efforts made by the international association Amel, especially for its transcendence of sectarian conflicts, and for its work in marginalized areas with popular groups. Moved by the difficulties faced by Syrian refugees and Lebanese in this region, she promised to do everything to support and meet their needs.