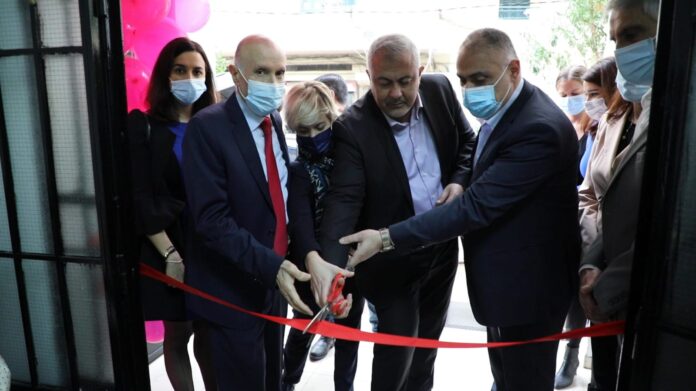 Governor Abboud: Amel is a national meeting project for all Lebanese 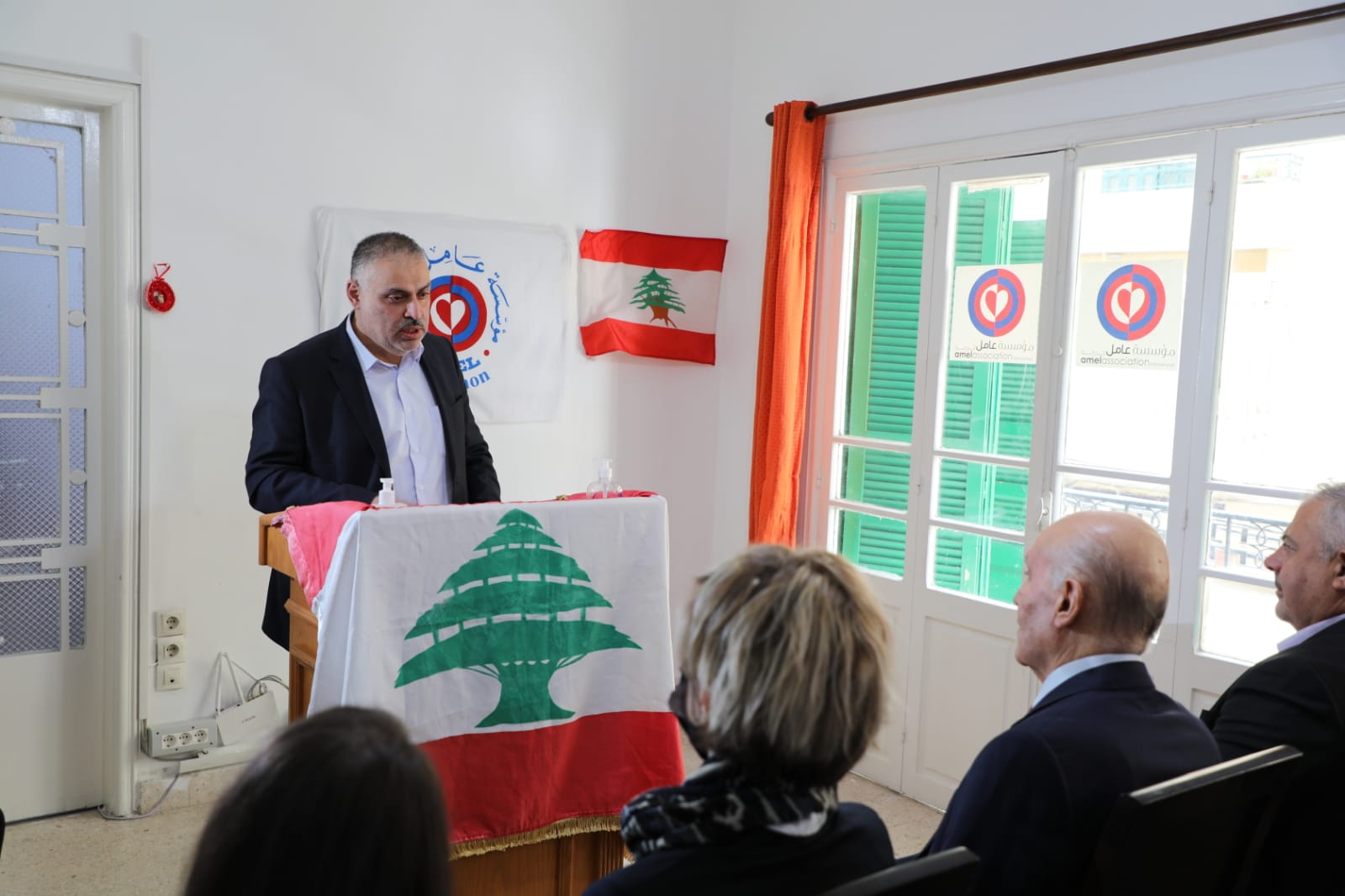 Khalil: Amel presents a model of solidarity with popular groups 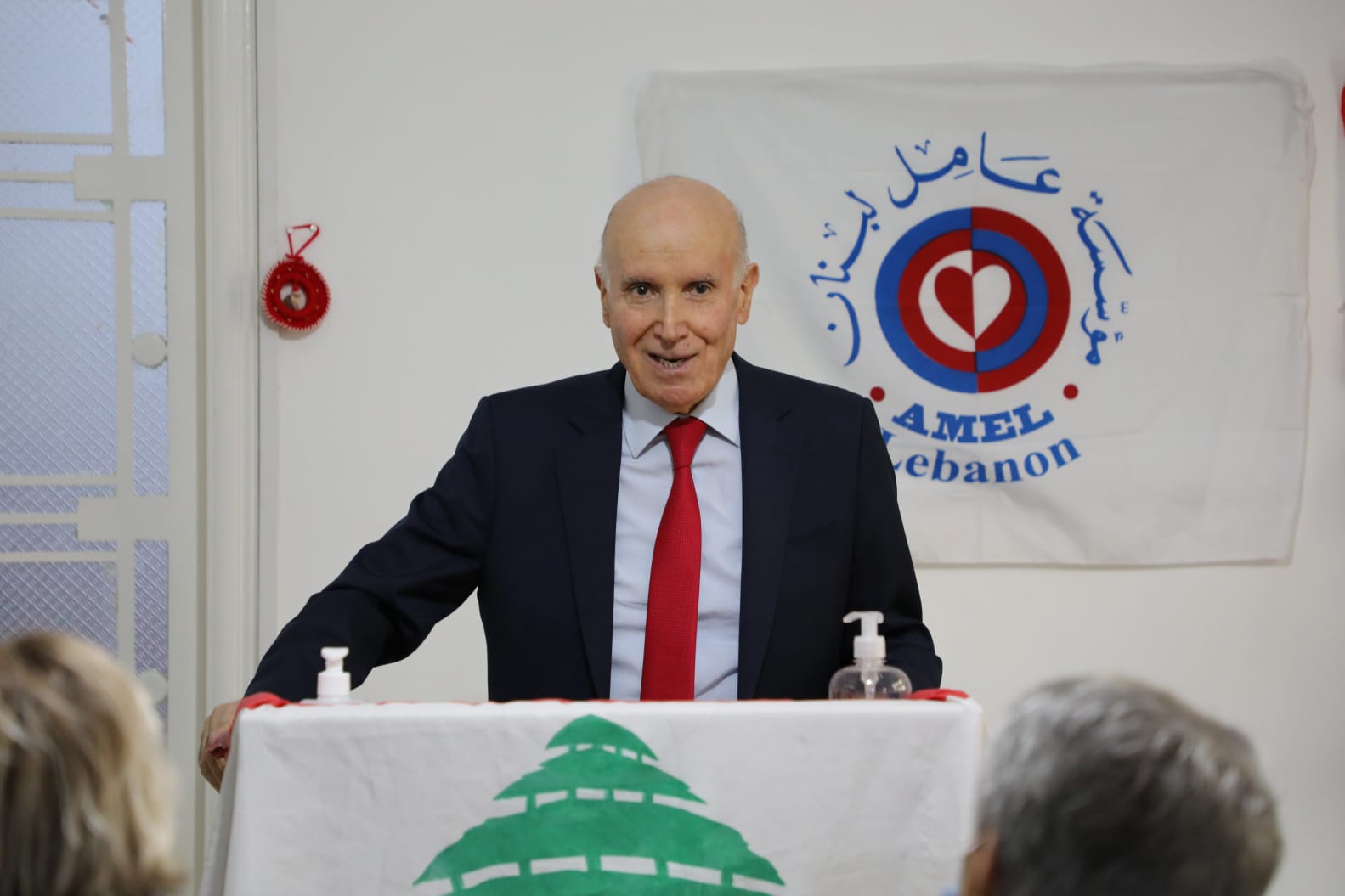 Mohanna: Amel offers a democratic experience to build a state of social justice

Amel Association International (Amel) inaugurated this week a primary health care center in Ain El Remmaneh, in the presence of the governor of Beirut, Judge Marwan Abboud, the mayor of Ghobeiry, Mr. Maen Al-Khalil, and the political and humanitarian counselor of the French embassy in Lebanon, Chloé Baudreaux. They were welcomed by the President of Amel International, Dr. Kamel Mohanna, his wife, Mrs. Fayda Mohanna, the members of the board of directors of the association, Mr. Ahmed Abboud, Virginie Lefèvre and Dr. Zeina Mohanna, as well as by the team of the center.
Given the deteriorating socio-economic situation and the spread of COVID-19, the medical unit in Ain El Remmaneh is addressing the growing needs of vulnerable populations and is complementing the social development center, which has been supporting the populations of the region since 2007, through various empowerment programs addressed to women and children. These programs offer a range of empowerment sessions that give women, in particular, the opportunity to develop their manual, linguistic and social skills in order to enter the labor market and ultimately achieve socio-economic liberation. In addition, the center offers an educational program, including academic and psychosocial support for children, as well as a range of activities, social initiatives and awareness sessions.
This new medical center will provide beneficiaries with consultations, medication and awareness sessions, according to the needs of the inhabitants of Ain El Remmaneh and its surroundings. These needs were identified through a recent survey focused on the aftermath of the Beirut explosion and the fight against the spread of COVID-19.
In his inaugural speech, Dr. Kamel Mohanna recalled Amel’s unconditional commitment to preserving human dignity, regardless of political, “religious” or geographical considerations, as illustrated by the association’s presence in both the Chiyah and Ain al-Remmaneh areas for over 40 years. The work of this center is part of the association’s global plan and testifies to its continuous efforts to serve the human being and society, and to promote access to health, through a device spread throughout the Lebanese territory, including 28 centers and 6 mobile clinics, 2 mobile education units and a care unit for street children. He said: “We aim at civil peace and human security. Access to basic rights and dignity must be preserved in a region associated with the outbreak of civil war. The inhabitants want above all to live together in a state of justice and citizenship.
Kamel Mohanna also pointed out that in light of the worsening economic crisis that Lebanon is going through, 80% of the Lebanese have reached the poverty line, and 52% of them are in extreme poverty, not to mention the 1.5 million displaced Syrians and the thousands of Palestinian refugees, most of whom live below the poverty line. In these tragic circumstances, Amel and all humanitarian organizations are working closely with the municipalities in all regions to alleviate the burden and suffering, under the slogan of human dignity and solidarity.Finally, he stressed that the “right to health” is one of the most important issues in the humanitarian struggle carried out by Amel association since its establishment. Many projects have been implemented over the past decades to provide safe access to health programs to everyone living in Lebanon. They include the launching of mobile clinics and the establishment of primary health care and development centers in the most marginalized areas, in cooperation with local and international partners.

In his turn, Maen Al-Khalil said in his speech that Amel’s dedication and efforts during the last decades show a great solidarity with the popular groups. He addressed Dr. Kamel Mohanna saying: “We salute your long humanitarian struggle not only in Lebanon but also in the world”.
He also confirmed that the municipality of Ghobeiry is working in close cooperation with Amel and the rest of the humanitarian actors, and that this cooperation will be further strengthened in a program that it will implement soon, in partnership with Amel, in order to alleviate the burden of people and improve their living conditions.
As for the Governor of Beirut, Judge Marwan Abboud, he said that Amel is more than just a humanitarian organization; rather, the association represents a national symbol that unites all Lebanese and is a model of committed work in favor of the human being and collective thinking, which the Lebanese need in order to get out of all narrow and destructive ideas of division. 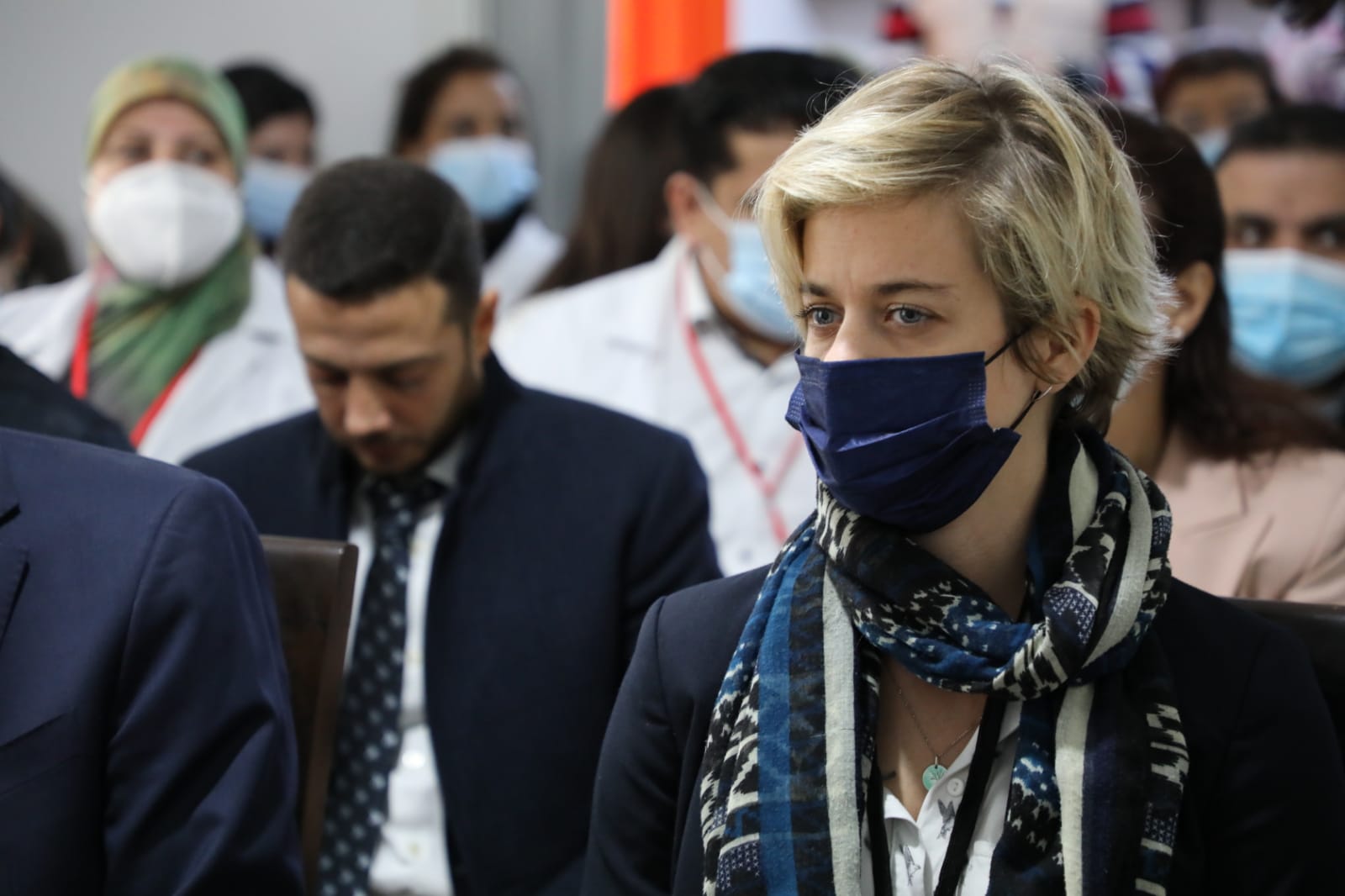 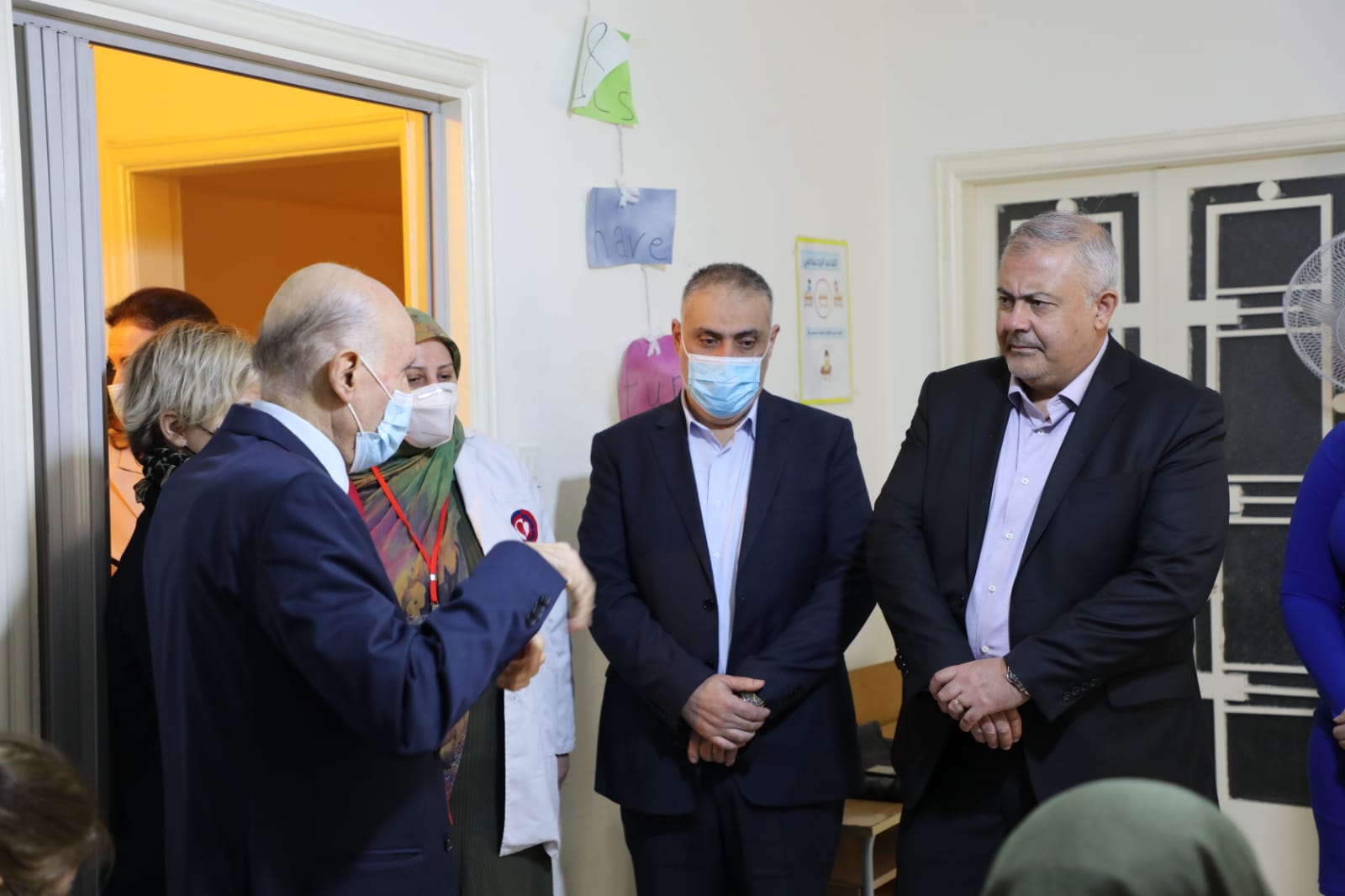 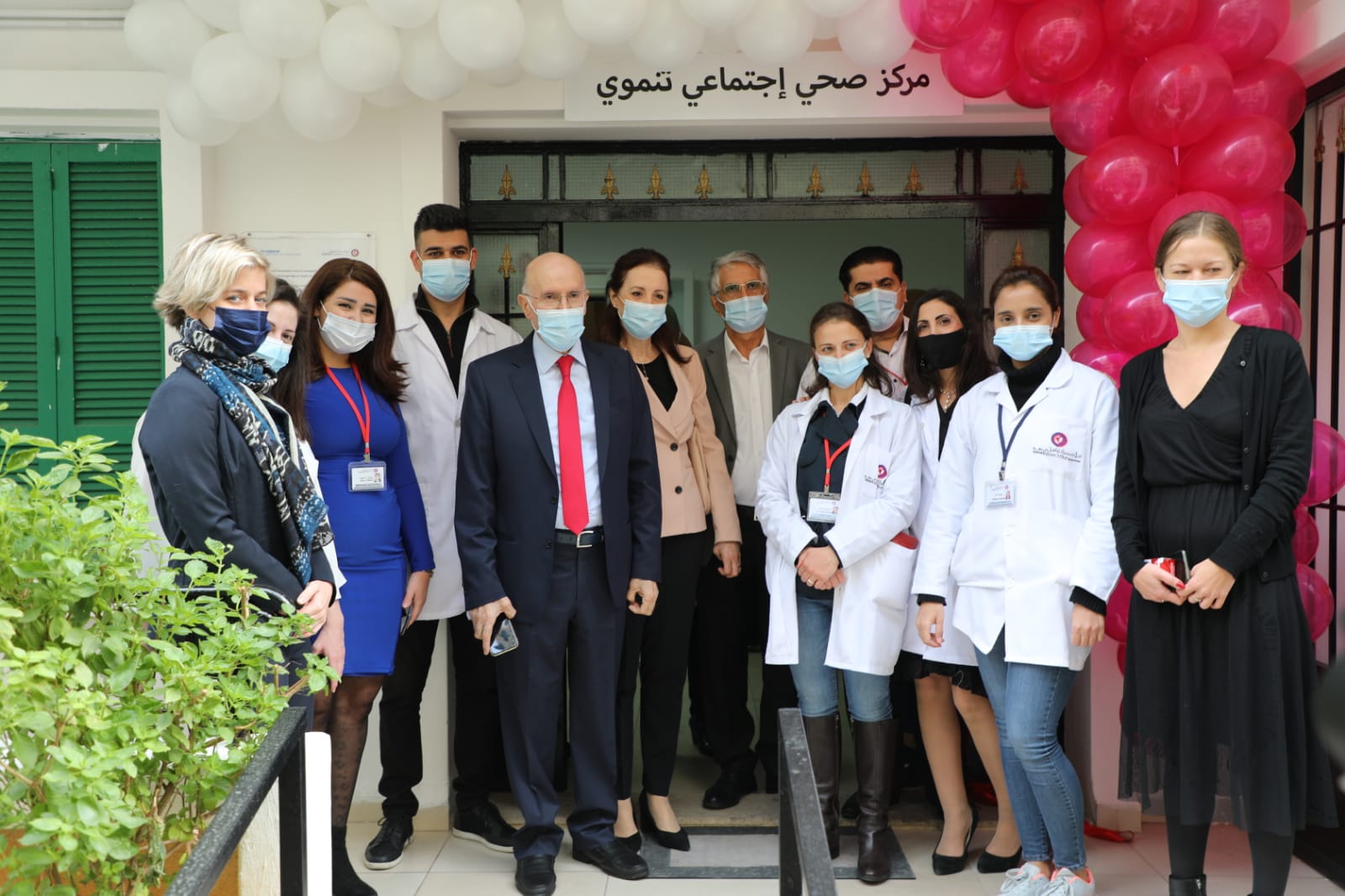