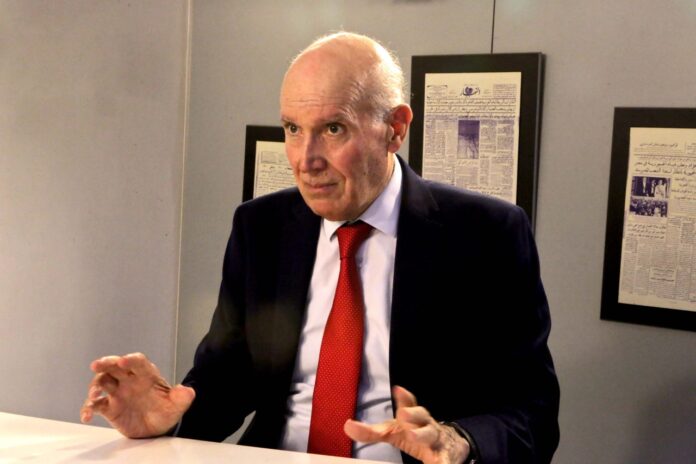 The Association Amel International was elected to the leadership of the International Alliance of Voluntary Organizations (ICVA) at the annual meeting of the organization in Geneva.
The association, represented by Virginie Lefèvre, obtained a high majority of 54 votes. Thus, Amel will be the first association from the Arab world to be elected to the ICVA board of directors for the second consecutive time. This highlights the vital role that the association plays in the humanitarian field in Lebanon and in the world through the effectiveness of its development programs. The representative of Amel indicated that this is due to the fact that Amel has been able to bridge an imbalance between the Northern and Southern countries and to generalize a model of humanitarian action throughout the world. Amel was able to emancipate itself from the injunctions that prevail in the relations between East and West by launching its own branches in Switzerland, France, Belgium, the United States of America and Africa. In addition, Amel was nominated for the Nobel Peace Prize for the fifth consecutive year for her work with marginalized refugee and immigrant groups. Her role in empowering grassroots groups is well documented. “Amel’s culture is based on active citizenship and the dignity of the human being,” explains Virginie Lefèvre.
Since the beginning of its activity 40 years ago, the association joined the ICVA “in accordance with its norms of creating partnerships between international and western organizations under the slogan partners without agents”. The spirit of this alliance is to work together to correct the compass of North-South humanitarian work. Together, the organizations seek to empower marginalized and vulnerable groups, to fight for a fair distribution of wealth and to build a state of law and social justice. In addition, they advocate for just causes, foremost among which is the liberation of Palestine. The president of Amel International Association, Dr. Kamel Mohanna, at the event said that “the arrival of Amel to this international fame is a victory for the popular groups, core of the organization’s commitment and source of its strength in establishing a global culture based on solidarity and compassion. This vision intends to oppose the prevailing isolationism and neo-colonialism where the human being is considered as a labor force.” He added: “Our work over the past four decades is to preserve the dignity of people without discrimination, division or quota system. From her Lebanese experience, Amel could become a model for building a more just and humane world.” He stressed that “as the director of ICVA and other international organizations, Amel will make use of all efforts to provide the opportunity for popular groups to take their destiny into their own hands on the basis of granting basic rights.”