Home What We Do “Amel” donates medical supplies to the Ministry of Public Health to reinforce... 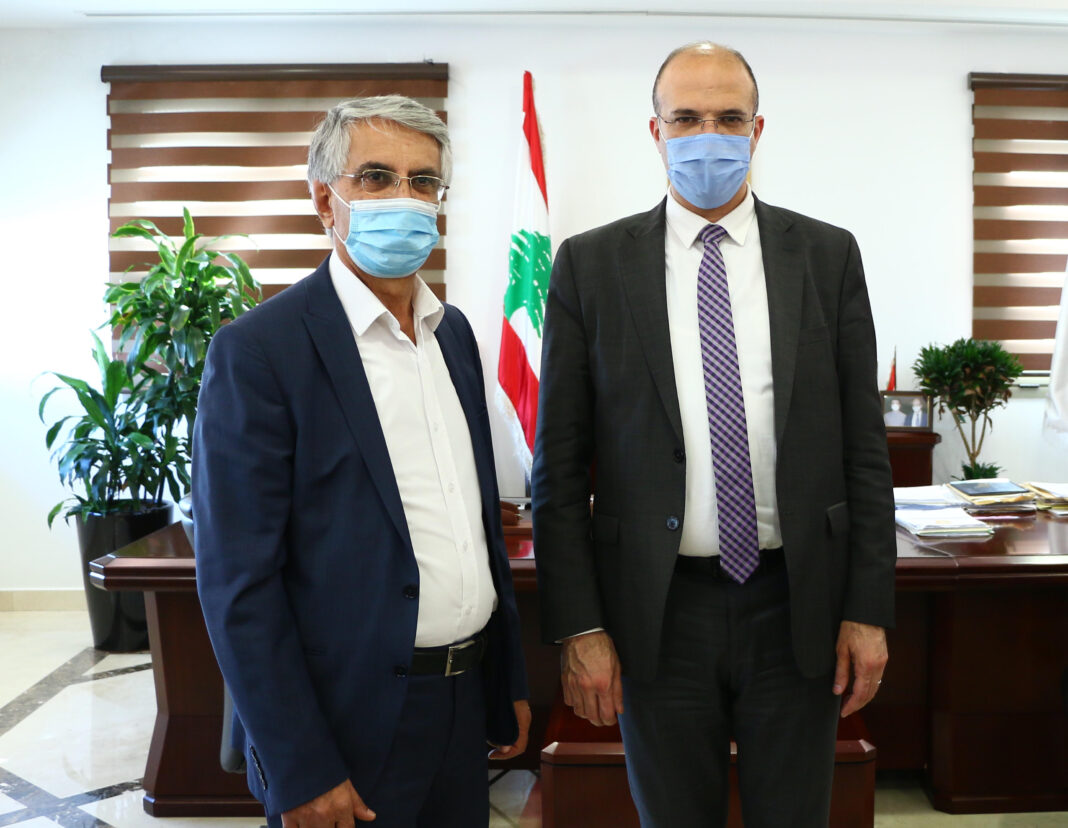 In line with its international solidarity appeal developed in the aftermath of the Beirut Blast, Amel Association International donated 720 kilograms of medical supplies that were made available by Health Partners International -partners in UK- to the Ministry of public health.

The donation was delivered to the minister of Public Health Dr. Hamad Hassan in the presence of Dr. Hassan Ammar, the director of the minister’s office, Mr. Mostafa Bilani the minister’s assistant, and the Executive Director of Amel Association Mr. Ahmad Abboud, at the Ministry’s headquarters.

The medical equipment will then be distributed by MoPH to public hospitals so as to reinforce their capacity to respond to the increasing needs of the Lebanese people and the refugees living in the country. This collaboration with the Ministry of Public Health is not the first of its kind, as throughout 2020 and within the framework of response to the Covid19 pandemic Amel participated in operating the call center that was launched at the Ministry in cooperation with the High Commissioner for Refugees by sending 45 of its medical sector workers to assist and answers queries.  Furthermore, in collaboration with the Ministry of Public Health, Amel has supported the epidemiological surveillance center and conduct PCR tests all over the country.

As the current socio-economic situation worsens, Amel and its local and international partners are maintaining continuing their efforts to extend solidarity and aid to the most marginalized and vulnerable populations in the country, with special attention given to those affected by the Beirut Blast. Both Amel’s socio-developmental and medical projects are continuously being reworked to best provide to those in need.

Although Amel focuses on fieldwork in some of the most remote areas of Lebanon and has done so since the beginning of the pandemic, with the port explosion in Beirut, Amel was able to once again coordinate allocate the aid to the people most in need. The months following the explosion were another testimony to Amel’s ability to coordinate with a variety of actors such as the Ministry of public health, the World Health Organisation, and the High Commissioner for Refugees in order to ensure access to basic human rights for the vulnerable people all across Lebanon.

On this occasion, Dr. Kamel Mohanna, the founding president of Amel Association International, declared fully that the efforts of its 26 centers, its 6 mobile clinics, its mobile unit for children in the streets, and its team made up of over 900 employees and volunteers were all focused on the duty of providing the right to healthcare for all.

Dr. Kamel Mohanna also thanked Health Partners International who was able to provide the needed supplies through its donors to support the people of Lebanon.