Home What We Do Scientists and Researchers from the University of Michigan visit Amel’s Development... 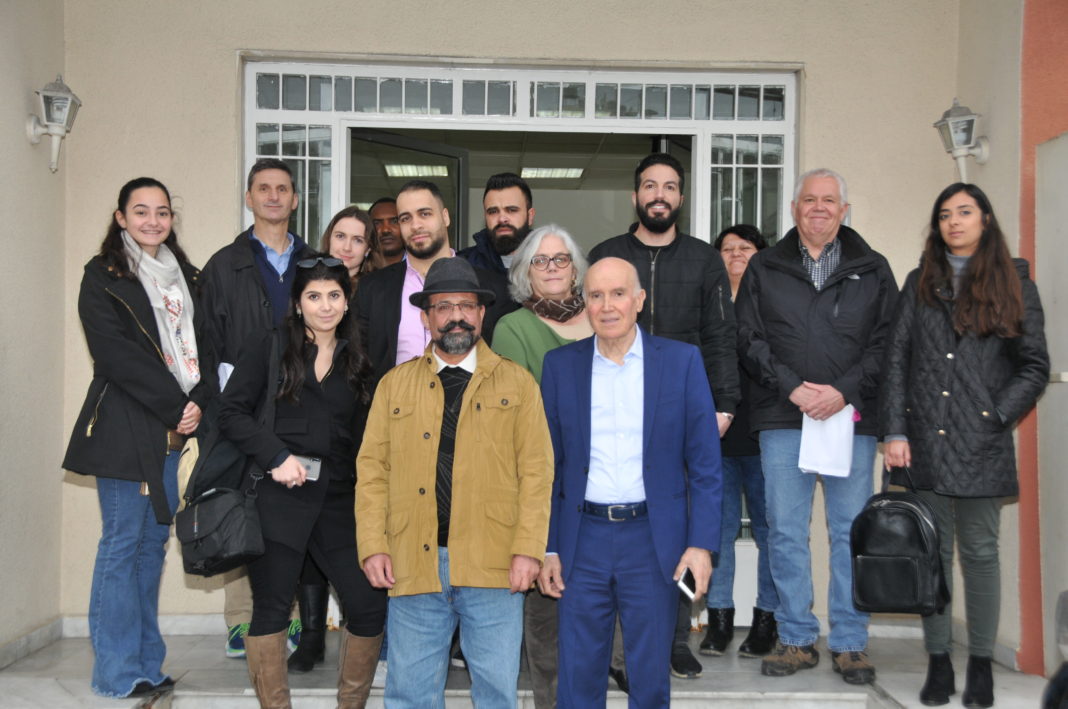 Amel’s Development and Health Centers in Beirut had the pleasure in hosting a group of scientists and researchers from the University of Michigan – school of Public Health, led by Prof. Matthew Bolton. The visit aimed to see closely how Amel has been working with marginalized groups for the past 40 years, in the most vulnerable Lebanese areas.

The delegation was accompanied by Prof. Adnan Hammad, Director of Global Health, in cooperation with the American University of Beirut, along with the presence of Dr. Kamel Mohanna, the founding president of Amel Association International, Virginie Lefevre director of programs and partnerships at Amel, the medical,  the health and communication coordinators, and Amel’s field team. 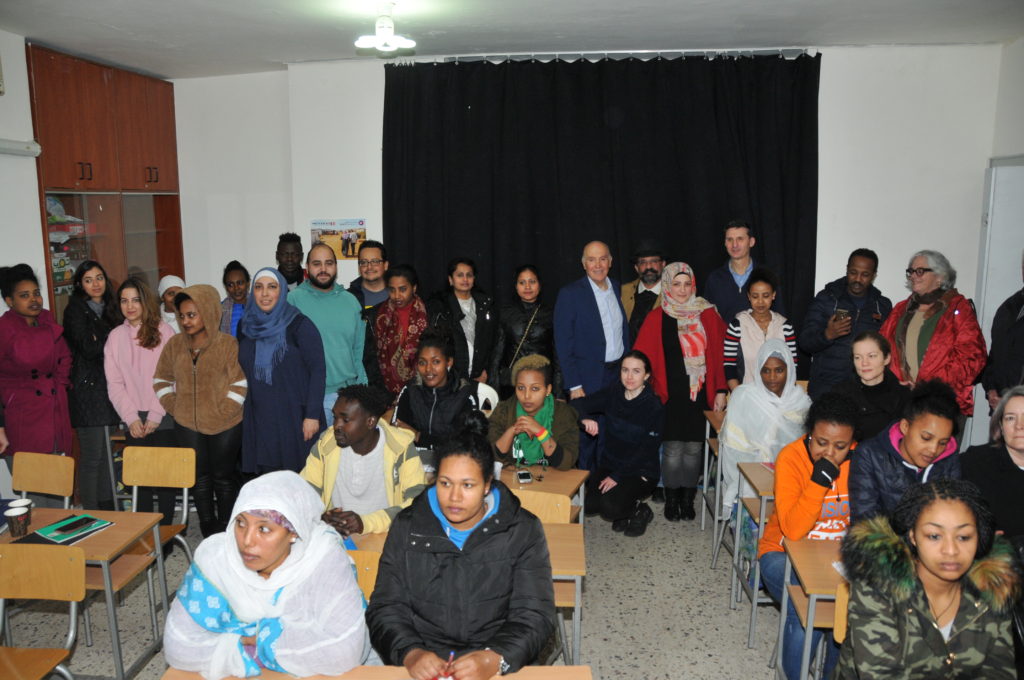 The visit took place with an academic-human objective in order to cooperate the implementation of several field research initiatives, combining scientific and academic expertise with Amel’s field work, thus providing decision-makers with accurate and effective scientific research and improving the quality of life of marginalized groups, especially the refugees. This visit was also part of the preparations process for the upcoming International Conference on IDPs.

The tour began at Amel’s Bashar Mohanna and Muslim Aqil Social Development Center in the Chiyah area, where visitors were introduced to the activities of the Program for the Protection of Domestic Workers and Human Trafficking Victims, who are following courses of psychosocial training and empowerment, every Saturday and Sunday at the Center in addition to the developmental and training projects with Syrian youth  in the fields of life skills, languages, handicrafts and social empowerment.

Amel’s Dr. Ghazi Beydoun Health and Development Center in Burj Al Barajneh was the second stop for the delegation, one of the oldest working centers in Beirut. It serves tens of thousands of marginalized residents of Lebanon, Palestine and Syria in the fields of primary health care, awareness sessions, training courses and programs such as Child Protection. 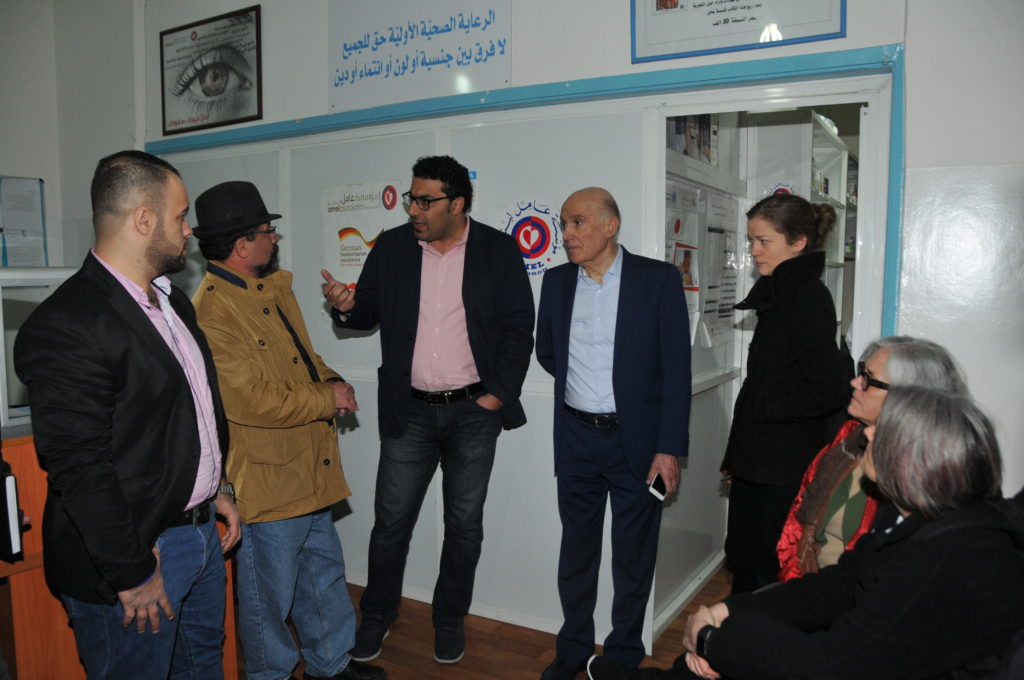 Later on, the group visited Amel’s Development Center in Haret Hreik, The center was launched in 2009 in response to the needs of the region, especially in Haret Hreik and its environs. It serves as a destination for the children of the host community and the refugees. It serves tens of thousands of Lebanese, Syrians, Palestinians, Iraqis and others nationalities and its programs are specialized in the sectors of: health, protection, education, vocational training, and food security.

Further on, Dr. Kamel Mohanna intervened, mentioning that the academic sectors’ attention to humanitarian work is essential because the results of the fieldworkers’ need to frame and document the experience in an academic theoretical manner, with the aim of transferring it later to other societies and generations.

Mohanna also referred to the response plan launched by Amel in 2012 to absorb the consequences of the Syrian crisis, which contributed to the provision of two million and 400 thousand services for the Syrian refugees, through Amel’s 24 centers spread throughout Lebanon, 6 mobile clinics, 2 educational mobile units and a protection mobile unit, all led by 800 workers and volunteers, mostly consisted of youth and mostly females. 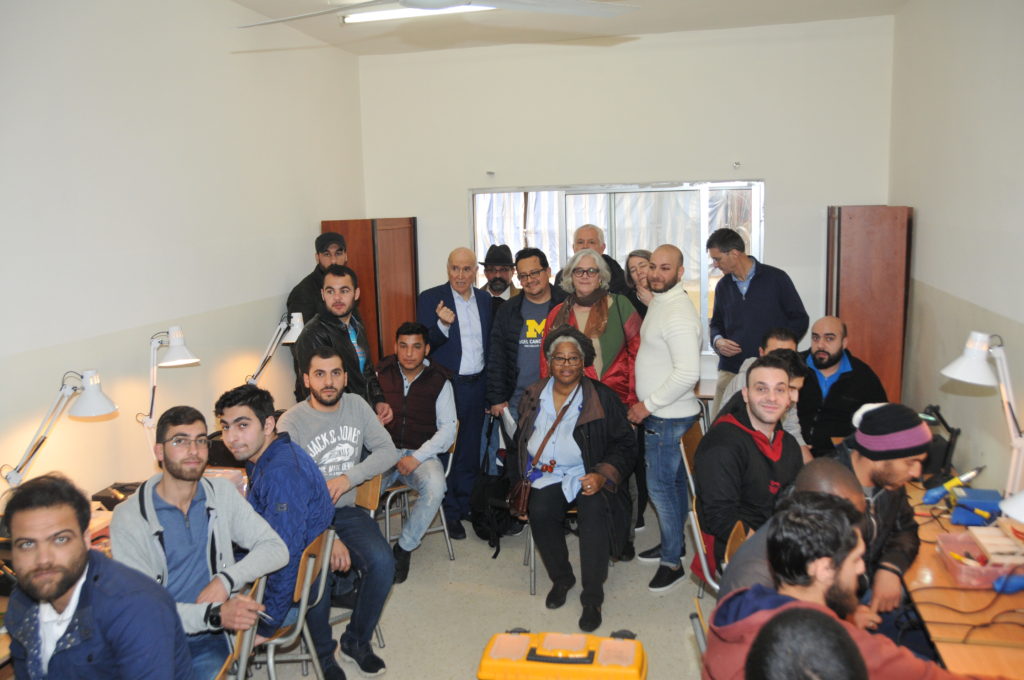 Additionally, Mohanna pointed on the success of the Amel’s work locally, although Amel is not a part of the system prevailing in Lebanon. He also explained that despite the difficulty of working in the Lebanese society, being divided into different sectarian regions and classes, Amel still has been able to work with the local community and the international community in accordance with its philosophy of humanitarian action. Moreover, Amel’s philosophy focuses on the Human Dignity in first place reaching out to everyone regardless of their backgrounds. “Working with marginalized groups is the essential step in the struggle for a fair distribution of wealth locally and internationally, in addition to building a state of social justice.”