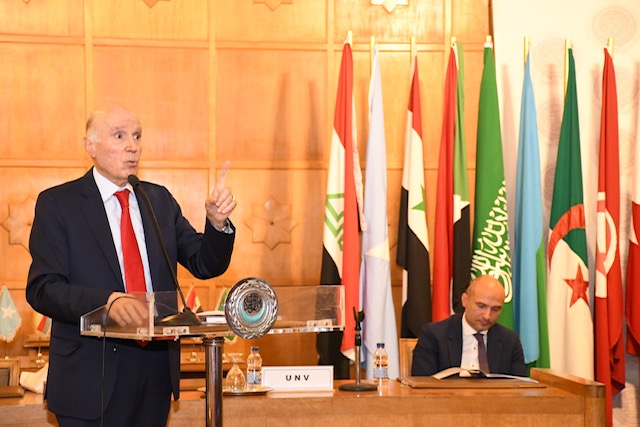 « Our common humanitarian concerns, and our struggle for the Arab renaissance, are elements that are supposed to bring us together as Arab countries, regardless of the differences and divisions that have weakened us more than any external aggression or wars against us. We should find a way to fight injustice around the world, especially for the Palestinian cause ». With these words, Dr. Kamel Mohanna, founding President of Amel Association International, addressed the attendees during the regional launch of the State of the World’s Volunteerism Report 2022, and the Arab strategy to support volunteer work under the title of building equal and inclusive societies.

The event, which was launched from the headquarters of the General Secretariat of the League of Arab States in Cairo, was held in presence of Ambassador Haifa Abu-Ghazaleh, Assistant Secretary-General and Head of the Social Affairs Sector of the League of Arab States, Dr. Nevine Al-Kabbaj, Egyptian Minister of Social Solidarity, Deputy Lebanese Ambassador, Mrs. Rehab Abu Zain, Counselor Jumana Al-Ghoul from the Palestine delegate to the Arab League, in addition to Elena Panova, the United Nations Resident Coordinator in Egypt, and Dr. Kamel Mohanna, general coordinator of the Lebanese and Arab NGOs network and founding president of Amel Association International. Delegates from Arab countries, the United Nations,local and international civil society organizations were also present.

Dr. Mohanna pointed out in his intervention that the non-sectarian civil “Amel” is a voluntary organization in its structure and philosophy. It is a non-sectarian civil association, which struggles under the leadership of 1,400 full-time and volunteers who work with full dedication and commitment. Amel’s aim is to enable people with the power to create their destiny by strengthening the communities capacities and creating the necessary conditions in order to build a resurgent and just state not only in Lebanon but throughout the world.

He added: Amel’s philosophy revolves around the rejection of the double standards used by the West in the “countries of the South”, and the pursuit of a fair distribution of wealth on the national and global levels. The association seeks to defend the just causes of all oppressed people around the world, and at the forefront is the cause of the Palestinian people, and other marginalized groups that do not have the necessary support to preserve their dignity and their right to self-determination. Amel’s environmental struggle to save our planet in light of the disasters of climate change which affects everyone, especially the most vulnerable groups, in addition to striving for the humanitarian sector to be a complementary force to the public sector and a pressure factor to correct social policies is equally important. 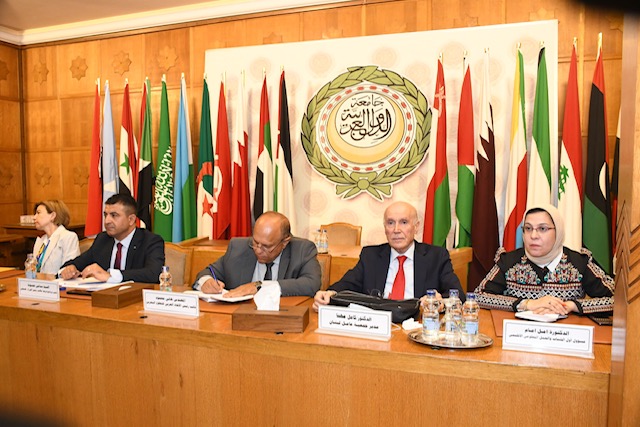 Amel’s founding president also emphasized that the association was keen, during its history, to associate the statement with the opposite of the dominant culture in the world. With the spread of the slogan “sustainable development,” the poor were getting poorer and the rich getting richer. In the midst of the spread of the discourse of human rights and equality, we are witnessing the most violent manifestations of racism and intensification of wars in the world. This means that there is a real gap between saying and practice, so Amel relied on field experience with people to draw lessons and best practices, which contributed to the leadership of its local experience. This practice  became international and effective at a global level in Europe, Asia and soon in Africa and Latin America, under the slogan ” Positive thinking and continuous optimism.” The Association has dedicated programs designed for the advancement of man and society, adopting a triangular approach : service-dedication-rights.

He also explained that the basic approach that guides all of « Amel’s » programs and plans is to provide a model for finding sustainable solutions, and not just drowning in addressing the results, as « Amel’s » centers and clinics work on the best development programs in order to empower the simple people in the most marginalized areas, to reach their basic rights to health, education and protection. Dr. Mohanna pointed out that the geographical distribution of Amel centers across Lebanese regions, regardless of any religious or party affiliation, is a message whose essence is that people’s need is the engine of every humanitarian action, not narrow interests and the concept of pastoralism. Amel’s mission is to liberate people from all forms of dependency, by enabling them to take their destiny into their own hands and move toward change.

Amel’s founding president also demonstrated how volunteer organizations helped in upholding society together during the war, in a divisive landscape across the Lebanese regions, and how people survived; they did not starve despite the rough years-long war. Volunteer organizations were the complete opposite of the divisions that prevailed. Self-sacrifice and altruism were remarkable examples that brought out the best humanitarian and patriotic values through the tremendous power of the Lebanese people to survive and thrive. Volunteers were the salt of the earth and the soul of giving.

Dr. Mohanna concluded by saying that volunteering is a universal human identity that brings together creative and generous human energies in order to help those in need and improve their chances in life. For Amel, it means that a person is empowering himself, active in the renaissance of his society and looking forward to building a more just and humane world. We aspire to have Arab citizens that focus on the concept of humanity in order to promote a better society and inspire other nations. It is worth noting that the report, which was based on a study of pioneering volunteer models in the Arab world, including the experience of Amel Association International, aims to shed light on the role of voluntary humanitarian organizations in the renaissance of Arab societies and formulate a strategy to promote volunteer work based on the regional strategy for volunteering of the League of Arab States.