« To each genocide, the criminals wager on the vulnerability of the memory. The authors of the massacre of Sabra and Shatila thought, like others, that we would forget the horror that we witnessed, during the massacre, and that we would renounce to our right and the right of all Humanity to obtain justice. But here we are today, forty years after September 16 1982 ; we gather from all over the world in this South Lebanon liberated from Israel. We are doing together the memory of Sabra and Shatila, we fight for justice, and we announce the launching of a documentation and solidarity  center in this anniversary day, to be a witness of the crime and a word of truth in the face of an unjust world ».

It is with these words that Dr Kamel Mohanna, founding president of Amel International, welcomed the delegation, in the presence of Mr Kassem Aina, president of « Beit Atfal Assomoud », Dr Ibrahim Beydoun, Virginie Lefevre, and Dr Zeina Mohanna in their capacity as members of Amel’s board of directors in addition to members of the delegation of solidarity. 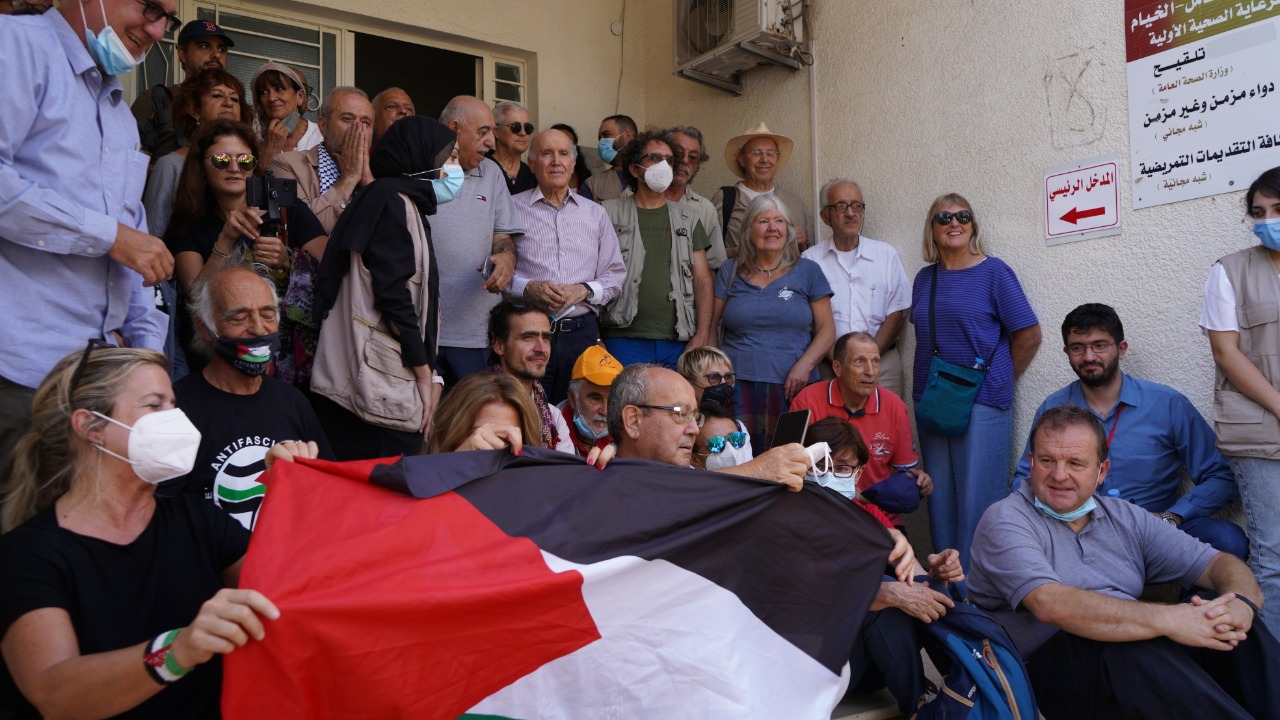 Dr Mohanna underlined that Amel Association International, born from the womb of the suffering  of the Lebanese people in response to the second zionist invasion and the attempts to brake Lebanon and deprive it of all dignity, was one of the first to go to the locations of the massacre in order to save the victims. Amel’s humanitarian work, that transcends all forms of division, participates in the popular response and reaction to the repercussions of the repeated Israeli attacks. Amel was and will remain at the heart of the resistance against all forces of occupation and all forms of injustice in the world, in deeds and not only in words.

The inauguration of the documentation and solidarity center, dedicated to the massacre of Sabra and Shatila, took place on September 16, a date which coincides with the fortieth anniversary of the massacre in cooperation with the Palestinian NGO « Beit Atfal Assomoud » and the « Not to Forget Sabra and Shatila » committee based in Italy. This center’s vocation is to collect and document the testimonies and memories of the survivors and their children, as well as preserve the objects that belonged to the victims and that are currently exhibited in Amel’s health and development center of Haret Hreik. It will also work in cooperation with local and international human rights organizations to raise awareness among youth on the humanitarian issues and struggle for human rights, as well as to train women in the production of Palestinian handicrafts, especially Palestinian embroidery. The objective is to preserve the Palestinian heritage, which is systematically plundered by the occupation, to put the issue of justice for the victims of the Sabra and Shatila massacre back at the center of the debates, as well as to protest again and again against the many crimes and offences that are committed daily in our country with the support of the international community. 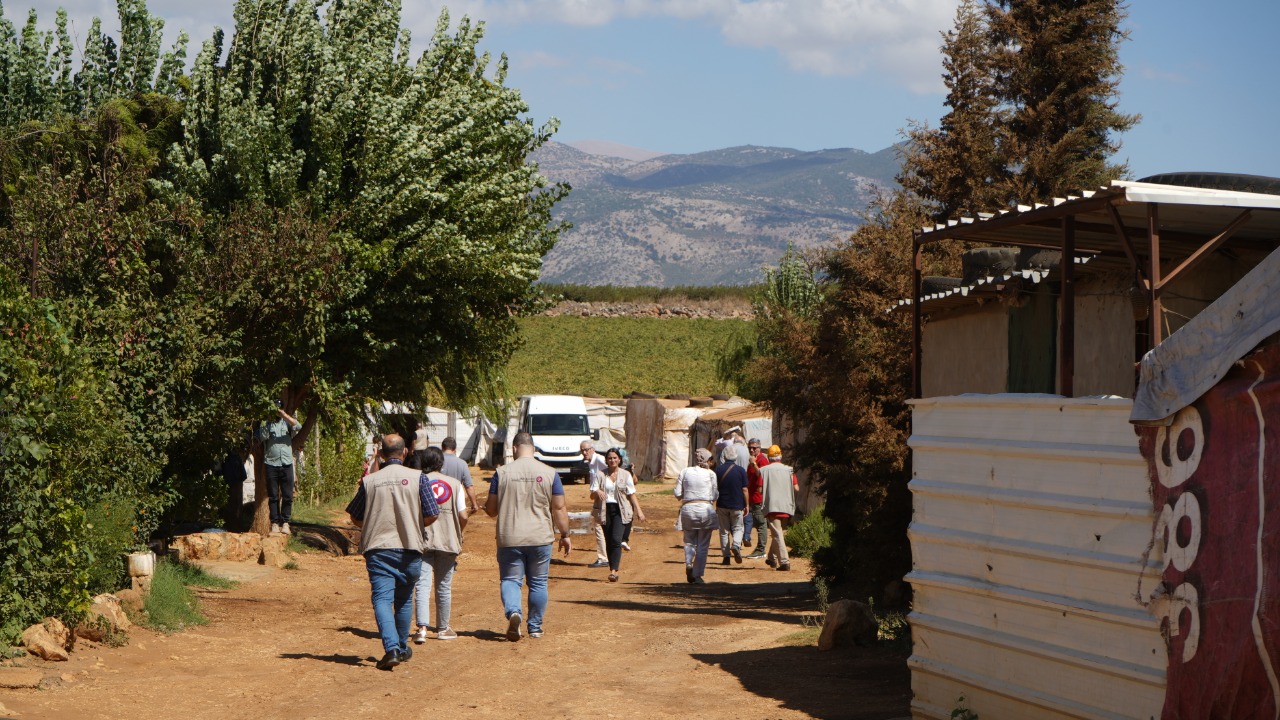 Dr. Mohanna also recalled Amel’s commitment to the Palestinian cause, which is not limited to moral solidarity, but aims at effective support, as evidenced by the inauguration of the Solidarity Center. In addition, Amel has recently contributed, in cooperation with the Nelson publishing house, to the collection of more than 100,000 books destined to the Gaza Strip. This territory has witnessed an aggression targeting stone, human beings and culture in addition to the destruction of many libraries. Dr. Mohanna finally called on all supporters of the Palestinian cause in the world to show effective solidarity by taking effective measures, including cooperating with Amel, to set up a series of solidarity exhibitions dedicated to the Sabra and Shatila massacre in Europe and the world. The aim is to lobby international public opinion and defend the justice of the cause and the legitimacy of the Palestinian people’s struggle.

Kamel Mohanna concluded his intervention by saying : « Amel, which fight alongside others in favor of human dignity in the world, considers that the humanitarian action cannot be effective without its engagement towards the just causes of the peoples, au premier rang desquelles la cause palestinienne. In addition to rejecting the double standard between the East and the West, fighting for a just repartition of the wealths, and installing a state of social justice, Amel fights since five decades to ensure dignity for all human beings. The association continues to carry out its mission of change through 30 centers, 6 mobile clinics, two mobile education units and a care unit for street children, led by 1,400 workers from the younger generation, young women and experienced people who can rely on knowledge, tools and, of course, an ethical and human commitment, for the good of the human being and his dignity.