Kamel Mohanna: Amel stands in solidarity with the people in their distress and calls for the mobilization of Arab and international support for Lebanon, without any political calculation. 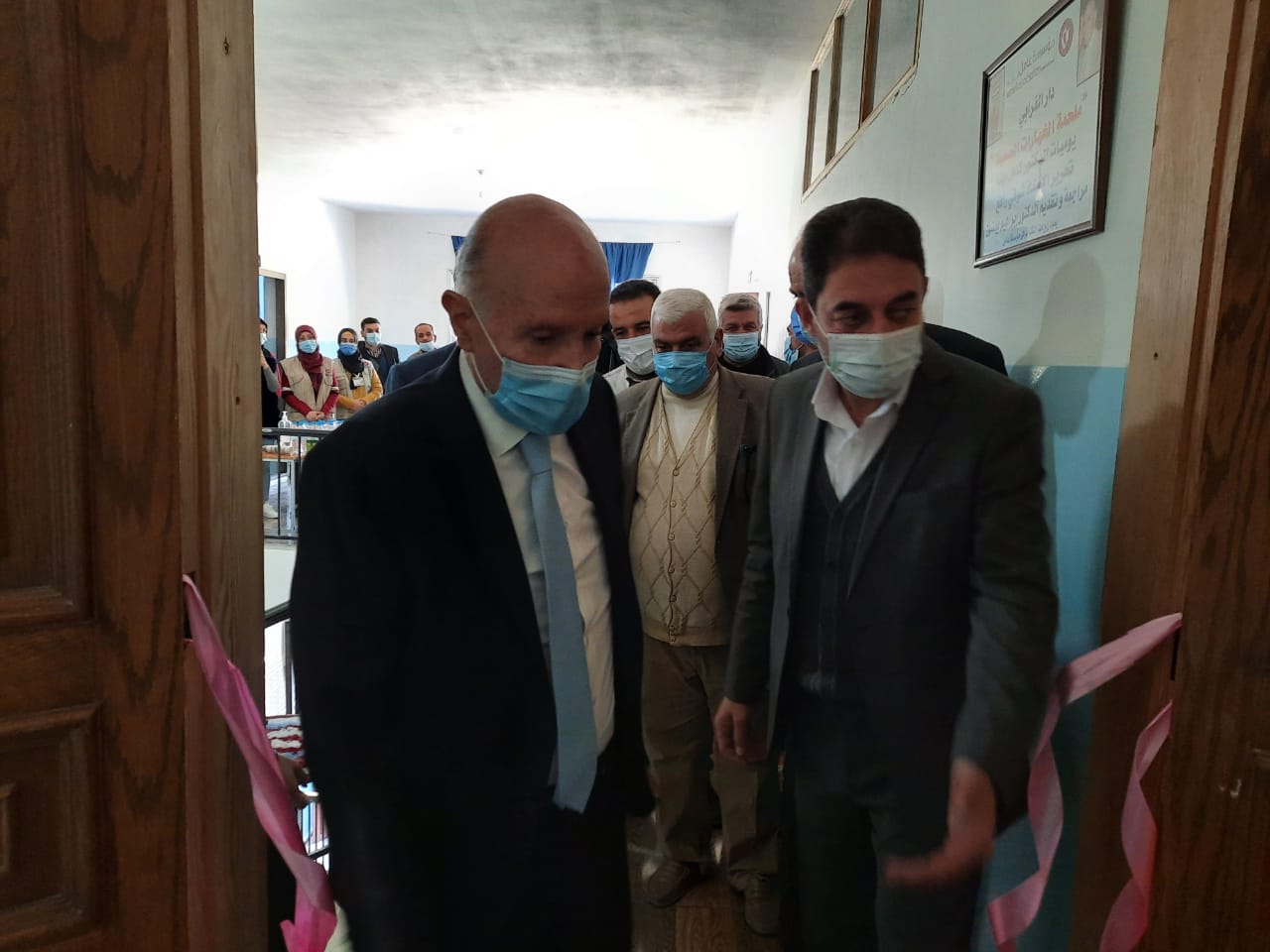 Forty years after Amel International Association established a medical and social center in Ersal, new, larger and better equipped premises were inaugurated thanks to the expansion of its programs and services.
The inauguration took place in the presence of Amel’s President Dr. Kamel Mohanna, Ersal’s mayor Mr. Basel Al-Hujairi, the coordinator of the camp’s affairs in Ersal Mr. Maher Al-Masry, Amel’s administrative director Mr. Ahmed Abboud, its health committee, as well as the center’s administrative team. While Ersal remains the only city in the world that hosts a number of displaced people higher than its population, the launching of this center is an important step for its beneficiaries, who deplore the lack of development projects in the area. The center’s team has adopted the slogan “people’s lives before ours”.
During this event, Mr. Ahmed Abboud presented Amel and its programs in Ersal, before giving the floor to the coordinator of the camp affairs, Mr. Maher Al-Masry. He praised the work of Amel center in Ersal, which is considered by the displaced people as a home and an unfailing support despite the Syrian crisis and the difficulties it has brought about. For his part, the mayor of Ersal, Mr. Basel Al-Hujairi, praised the expansion of Amel and the remarkable progress achieved over the past 4 decades, especially regarding the development of the marginalized area of Ersal. Acknowledging the role played by the association, while state institutions fail to meet the basic needs of the displaced, Mr. Al-Hujairi also emphasized Amel’s presence throughout the Lebanese territory, “regardless of geographical or sectarian affiliations, but working for the sole good of the human being and his dignity.”
Dr. Kamel Mohanna for his part expressed his joy and pride at the opening of this new center, at the service of all, regardless of political, religious and geographical affiliations. Carried by the slogan “positive thinking and permanent optimism”, the association Amel is convinced that citizenship is the essence of belonging to the homeland and that the humanitarian work, militant and committed, must be dedicated to the populations of marginalized areas according to the principle of solidarity and not pity. It is, according to him, through solidarity in the service of the popular districts that we move towards development, with the people and not in the name of the people. Dr. Mohanna finally insisted on the people’s right to health, education, food and women’s participation, which is a key element of democracy.
While 80% of the Lebanese are below the poverty line, 52% of them in a state of extreme poverty, not to mention the approximately 1.5 million Syrian refugees, many of them in the region of Ersal, Amel association, works in close cooperation with humanitarian institutions, concerned ministries and international organizations to be able to help the inhabitants of the region, as well as those in the refugee camps. This work is possible thanks to 28 centers spread throughout the country, 6 mobile clinics, two mobile education units and a special care unit for street children in Beirut. The association can count on the commitment of 1200 volunteers, 85% of whom are young girls and boys.
Finally, the team of the Ersal center presented the programs and services available, as well as the activities implemented by the association to support and assist the inhabitants of the region and the displaced people, before starting discussions during which Amel’s teams committed themselves to continue their efforts in order to meet the needs of the populations and preserve human dignity.
During these years, and despite the many crises Lebanon has been facing, especially the region of Ersal, Amel’s medical-social center has continuously offered its services to include the largest number of medical specialties, implement free vaccination campaigns and awareness sessions for women and families. During the past year, the number of beneficiaries reached 21,549 people, 50 eye surgeries were performed, and 600 people were provided with glasses.