The People’s Health Movement in partnership with Amel International and the American University of Beirut organized a 4 day conference entitled “The Struggle for the Right to Health » which was interspersed with research workshops and the launch of the sixth edition of the World Observatory of Health book.

The conference took place in the presence of Arab and international delegations, including health workers and began with the speech of the Founding President of Amel International and General Coordinator of the Lebanese and Arab Voluntary NGOs, Dr. Kamel Mohanna. Guests included the General Coordinator of the People’s Health Movement, Dr. Roman Vega, Dr. Hani Siraj the moderator of the sessions, Dr. Samer Jabbour from the American University of Health in addition to the former Minister of Health in Tunisia Dr. Belkacem Sabri, and 50 participants of activists in the health field from all over the world. It was organized by a committee from Amel that included  Virginie Lefevre, Dr. Zeina Muhanna, Dr. Hassan Ismail, Mohammed Al-Zayed, Sahar Hegazy, and Zakia Kronfol.

In his intervention, which focused on means to preserve the right to health for all individuals based on the model of human dignity, Dr Mohanna criticized the fragile health system globally, which is the consequences of policies made for profit and not for humanity’s sake and which contributed to deepening the crisis of human health insecurity in light of the social and economic insecurity of most of the peoples of the earth alike. The loss of access to the right to health is a comprehensive civilizational crisis and represents a concern for the future of the human race as the future of the planet.

Amel’s founding president considered that the spreading of global epidemics constitutes an appropriate time to reflect on the single fate that human societies share on earth and on the failed policies that aimed to improve the deterioration of climate and environmental conditions. Nowadays, health represents a global chalenge to the extent that even the most developed countries health systems have failed to cope with the new health crisis, as health sector has turned into a business for the oligarchs. Austerity policies that mainly affect the environmental, education and health sectors, led to the decline of the current health systems even in those countries. For Dr Mohanna, the only way to save humanity is to cease the  commodification of the right to health and to combat all forms of inequalities  in order to build a more just and secure world.

Through its work Amel has accumulated the necessary experience in order to contribute to the preservation of health care rights regardless of any identities, affiliations, or social and economic classes. In the end, health is the safety valve for all of humanity, he concluded.

The conference included research workshops in relation with governance, access to free health-care, and gender-related issues. Representatives of each participating country presented their vision and experience on the issues at hand, including the Lebanese delegation represented by Amel which gave a presentation on the various obstacles in accessing free health-care in Lebanon, in addition to shading the light  on the association’s workin in providing the right to health for popular areas.

The participants visits to Amel’s centers in the Bekaa was included in the conference workshops as they were able to inspect the organization’s field work and interact with the beneficiaries and work teams. The delegation saw the equipments that Amel uses their mobile clinics in order to reach the most marginalized groups and remotest camps. 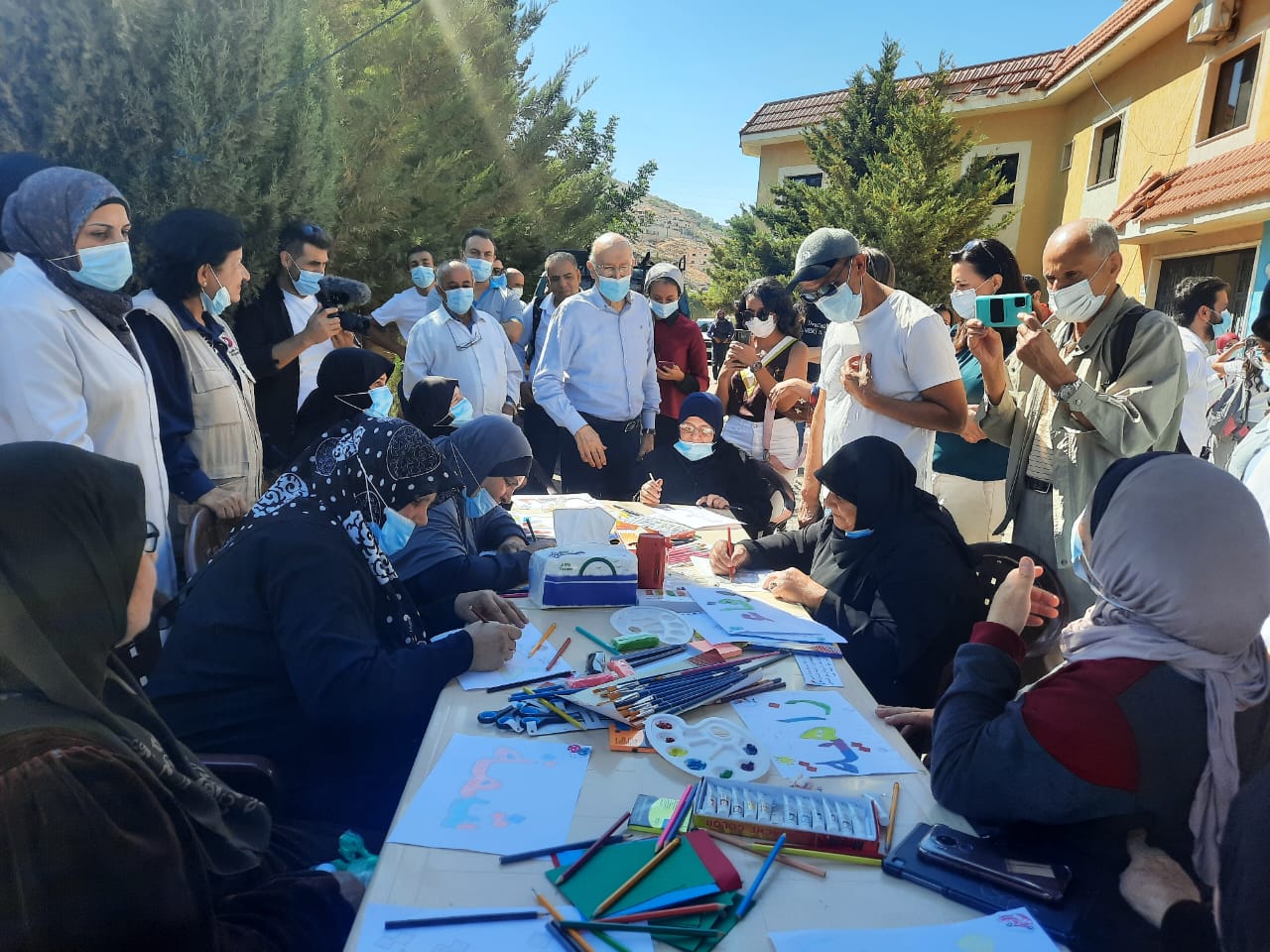 The delegation visited Mashghara and Kamed al-Lawz centers, which have been working with the local population for four decades, as well as mobile clinics and mobile education units that work with IDPs inside the camps. After these visit a lunch was prepared in the Buzuruna Juzuruna farm which is supported by Amel. This farm located in Saadnayel promotes sustainable agriculture and best agricultural practices related to protecting the environment, achieving food security for marginalized groups, preserving the originality of crops, protecting Syrian and Lebanese seeds, and training local environments on techniques that help them secure their food through home farming.

The general coordinator of the People’s Health Movement, Dr. Roman Vega, expressed his admiration for Amel’s ability to respond in the field and transform the struggle for the right to have free health-care into an actual project in the most marginalized areas in Lebanon. He also underlined that the partnership between Amel Association and the People’s Health Movement will be an opportunity to generalize Amel’s experience in the world and will be an alternative to the marginalizing policies that have plunged people into deprivation. 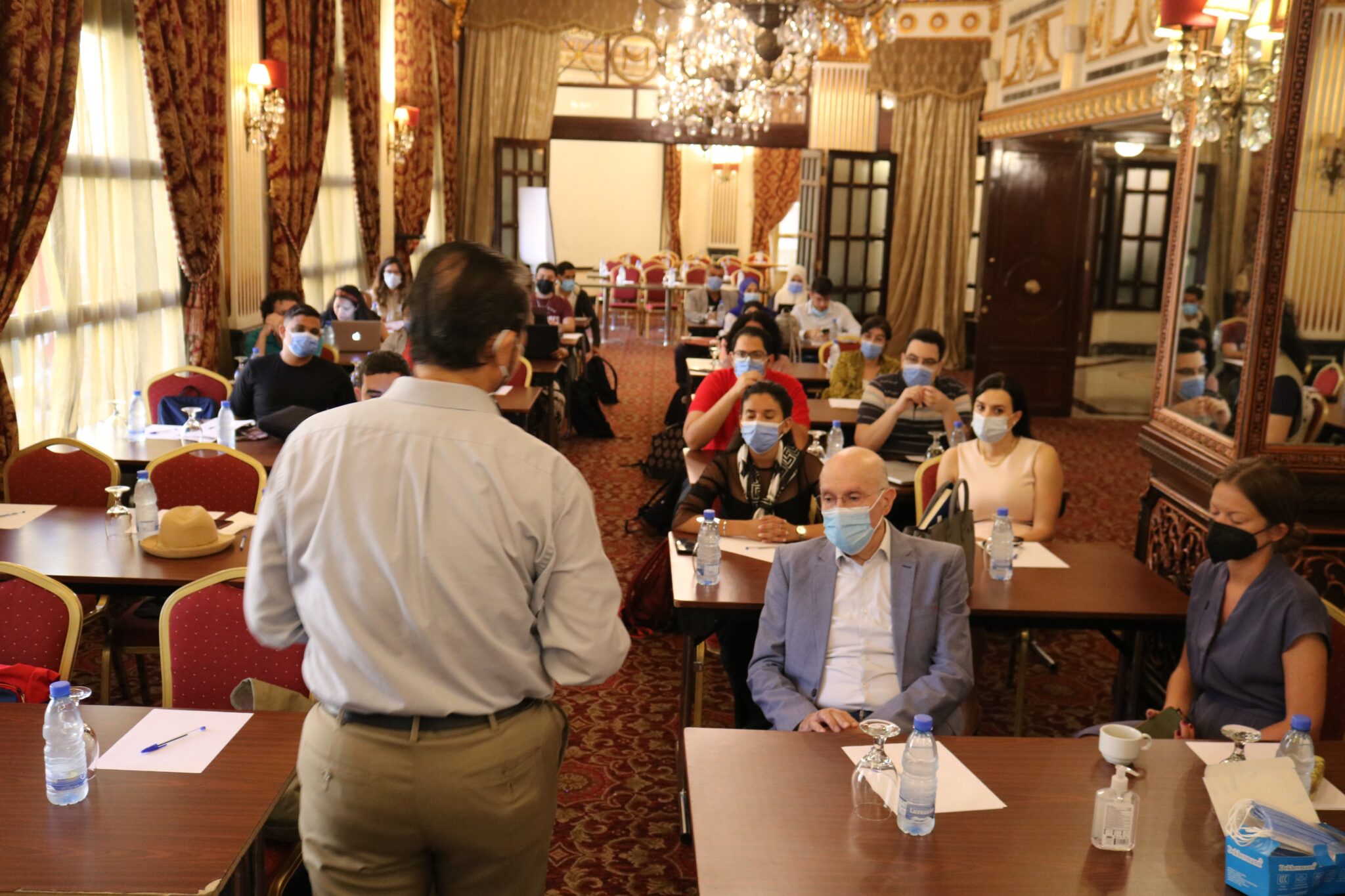 During the conference, Amel Association International was elected representative of the Arab countries. In addition, an initiative to hold the meeting of the General Conference of the Peoples’ Health Movement in Morocco next year was proposed. 1000 people are expected.