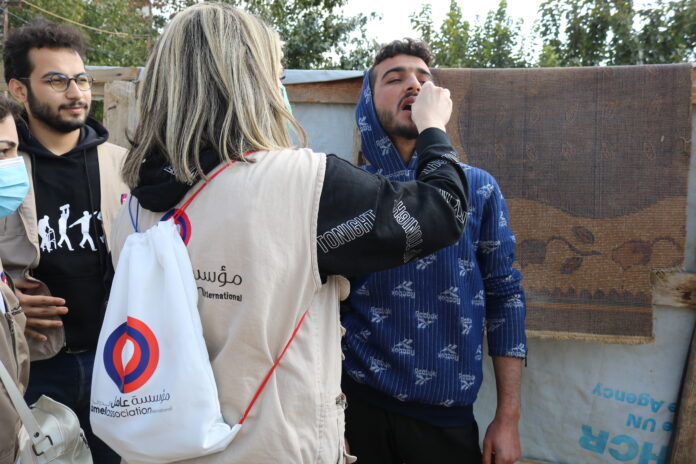 Amel Association International declared in a statement the launching of its comprehensive emergency plan throughout out its 30 centers, mobile clinics and rapid response teams after the announcement of the outbreak of cholera cases in different regions of Lebanon, for the first time since 29 years.

Initiated by the Ministry of Health in cooperation with the United Nations High Commissioner for Refugees the cholera vaccination campaign was carried out by Amel, the Lebanese Red Cross, doctors without borders and MEDIR November 1. Through their work with the municipalities, Amel and its partners provide vaccination centers accessible to all and relieve the pressure on health facilities. 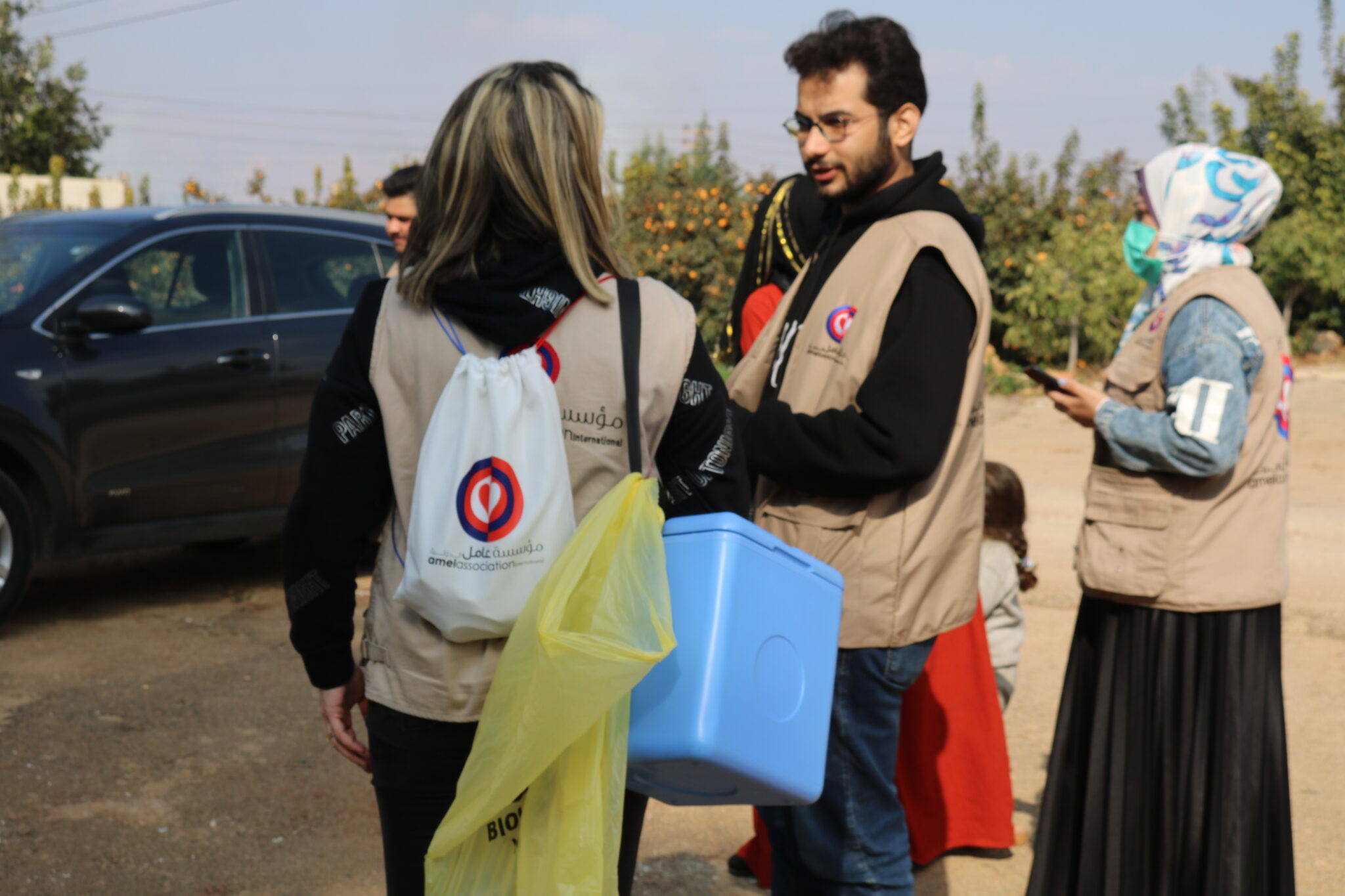 Thousands of people, including Lebanese and refugees, within different areas in northern Lebanon and the Bekaa, were reached through the vaccine and home education sessions, as the campaign will continue during the next two weeks in additional areas, with the aim of covering all the Lebanese territory.

Amel’s rapid emergency response field team, that dealt with the outbreak of the Covid-19 pandemic in the Lebanese communities for the past two years, has undergone a series of trainings over the last weeks, as part of the vaccination campaign and the different levels of intervention conducted by the Association in relation to its response plan. These included helping in collecting samples from water sources in towns and villages to ensure their safety, educating local communities about the cholera epidemic, the prevention and treatment, as well as assigning response teams and assembly points to provide serum and treatment. This was necessary for cholera patients in the event that the epidemic spreads to Lebanon and reaches the stage of a community epidemic.

Dr. Mohanna also addressed the Lebanese political class, calling for conscientiousness in managing Lebanon’s successive crises, from which no one will be spared, and to accelerate the search for solutions in the electricity, water, and health sectors which have a critical impact on strengthening the response to the cholera epidemic. He also said that the international community must work with local actors who know the situation on the ground.

In his intervention Kamel Mohanna said: « We in Amel are driven by an idea, which is confrontation, facing crises, whether health or social, with a calm spirit and a fighting spirit, and not holding on to geographical borders, through expanded cooperation and recognition, which is threatened all over this planet. We have to work together, the Covid-19 pandemic was an example of that, and the cholera epidemic in Syria and Lebanon is a danger to the whole region. The duty to help these vulnerable communities to cope with epidemics is a global responsibility »

In conclusion, he addressed the beneficiaries by saying: « Our lives belong to the cause of man and his dignity, in peace, in war, in tragedies and epidemics, Amel will not abandon its duty towards you »

Our common efforts and the cooperation under the supervision of the Ministry of Public Health with both local and international organizations is a good step in order to reach the desired goal of providing vaccines to 70% of the people in Lebanon, but the main issue remains in rehabilitating the infrastructure, especially with regard to safe drinking water, irrigation and safe sanitation.