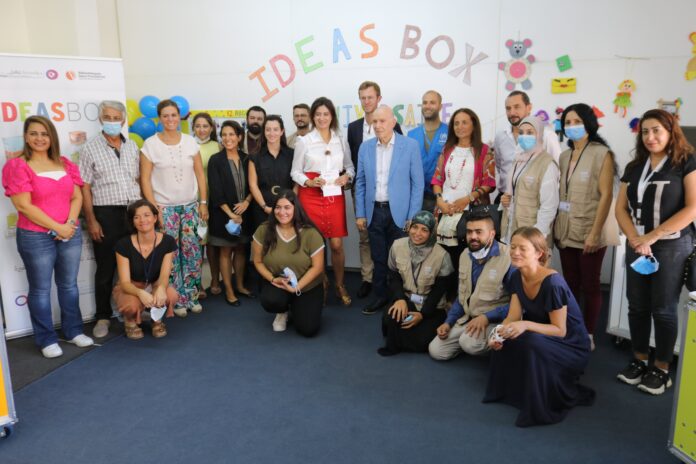 The AFD funded project, was launched in response to the difficulties faced by thousands of people in accessing the right to education, as a result of the outbreak of the COVID-19 pandemic, and the deteriorating economic situation in Lebanon. It aims at strengthening the access to education for children and youth to contribute to their psychosocial well-being and to foster social cohesion.

Three “Ideas Box” packages are currently operating in three of Amel centers to diversify and strengthen the quality and impact of the educational activities carried out by the NGO in the Bekaa, South Lebanon and Beirut regions. The Ideas Box is a mobile media library, designed by Philippe Starck for LWB, which can be deployed in minutes to create a 100m² cultural and educational space. Equipped with computers, tablets, games, books and a movie theater, it allows children and adults to learn, create links and build their future in situations of crisis and conflict.

The guests were welcomed and greeted by Dr. Mohanna who considered in his speech that every step forward in the field of providing education for marginalized groups brings us closer to changing the world, so it becomes fairer and more humane. He said that the collaboration between the two NGOs it doesn’t with the “Ideas box” project, but also it goes beyond that to work at the global level through “Amel” branches spread in several countries, as Amel invests all its field achievements with people to transfer this knowledge to societies that suffer similar contexts, especially to work with refugee and other marginalized groups around the world. Dr. mohanna also suggested launching mobile libraries in popular areas in Lebanon and around the world in cooperation with BSF.

Dr. Mohanna indicated that Amel will continue its struggle by supporting popular groups and marginalized areas in Lebanon and globally, through its 30 health-development centers distributed in the most marginalized areas across Lebanon, 6 mobile clinics, 2 mobile education units, a protection unit for street children, led by 1,400 full-time and volunteers, most of whom are young people , working with dedication for one idea: ensuring human dignity regardless of choices and affiliations, stressing that Amel is waging a great battle at the international level under the title of human resistance, with the aim of straightening the compass of action, so that humanitarian action is striving and committed to popular groups, and as a result for this dedication, Amel association International is nominated for the Nobel Peace Prize for the seventh year in a row, with local and global support. 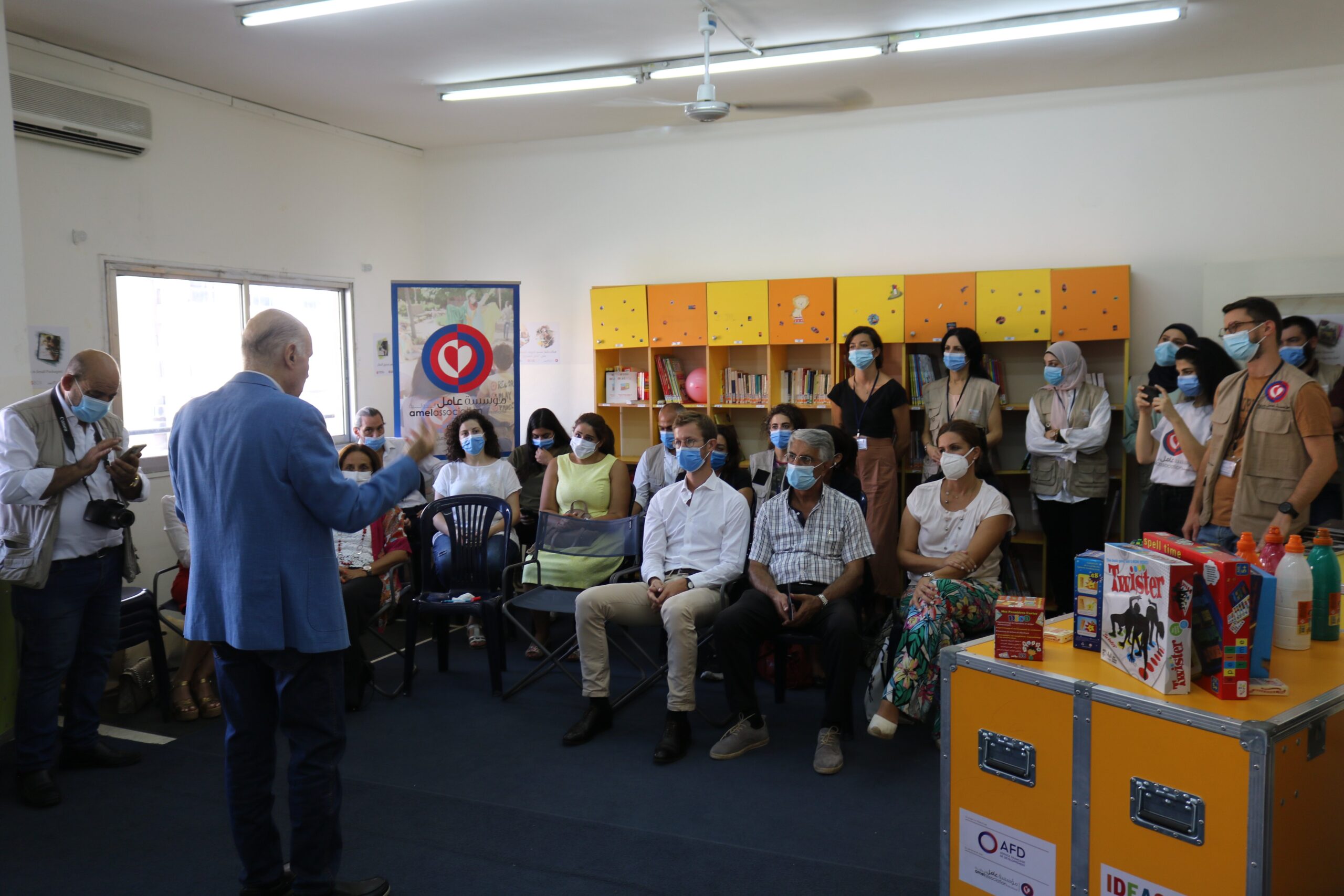 In his turn, the representative of Libraries Without Borders, Edward Delbende, praised the high professionalism and achievements of the “Ideas box” project team, under the management of Amel, during the past year, noting that the right to education, access to information and empowerment is a human commitment that unites the two organizations and forms a basis for cooperation in projects Additional in Lebanon and through Amel International branches.

Delbende also considered that Amel’s vision, which accommodates all people, is a role model for building a better society in Lebanon.

It is worth mentioning that, the activities of the project work with more than 5,000 children, youth, adults and refugees, and are carried out in partnership and integration with the rest of Amel programs that are implemented in centers spread across Lebanon, according to an approach based on empowering people to take their destiny in their own hands and enhancing their skills to be contributors to changing their circumstances for the better, participate in their local communities’ matters and deliver their voice to decision makers.