Last week, Mr. Philippe Lazzarini the United Nations Humanitarian and Resident Coordinator for Lebanon accompanied by Dr. Iman Shankiti, Representative of the World Health Organization to Lebanon and Dr. Severine Rey, Head of OCHA to visit Amel’s  Health-Development center in Kamed Al-Loz. They were hosted by Dr. Kamel Mohanna, the President of the Amel International Association and the President of Kamed Al-Loz municipality, Mr. Bassam Taha, along with the Coordinator of Partnerships and Programs at Amel International Ms. Virginie Lefèvre and Mrs. Bernadette Farcy representing Doctors of the World MDM, and the head of the center Dr. Hussein Madi, health, media and medical coordinators in Amel. 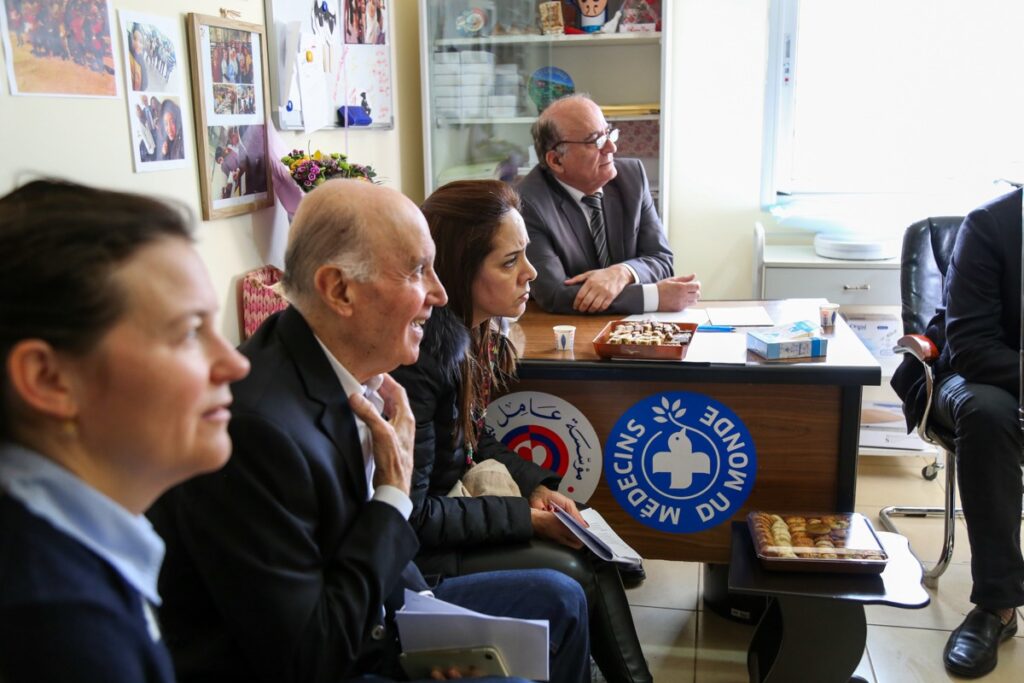 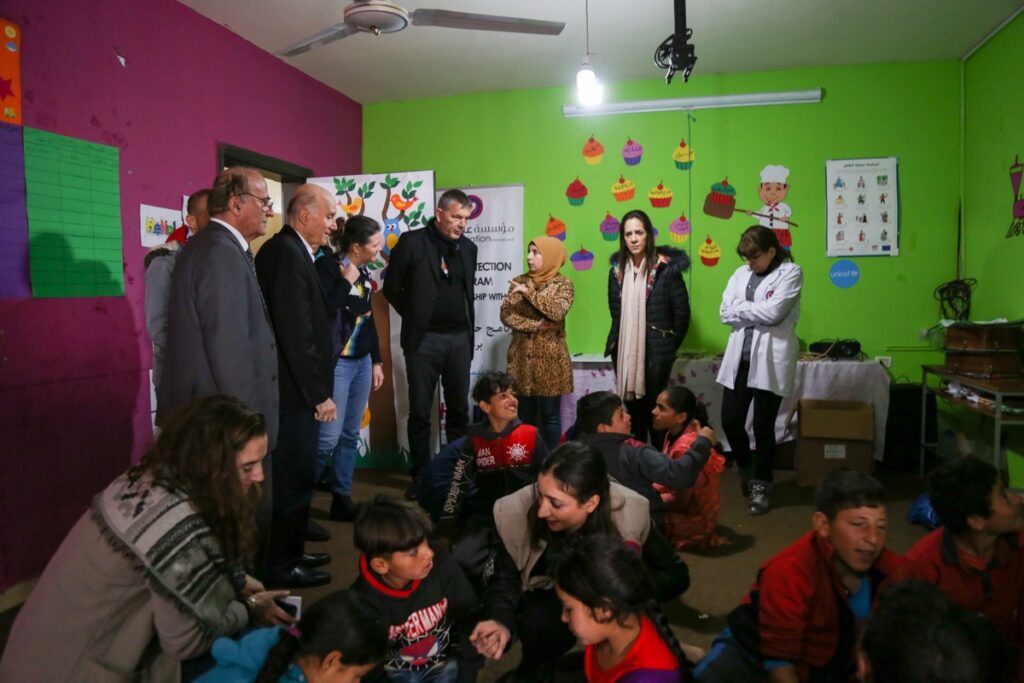 The focus of the visit was elderly people and the impact of the current crisis on local populations, as well as refugees. It started with a tour of the various sections of the center, that provide many services related to health and various development initiatives aimed qt empowering the people of the town and the neighborhood. In addition, they had a short dialogue session with a number of refugees and senior citizens who describe the psychosocial support and health care treatments they have been receiving at the center, they also discussed the pressures and socio-economic challenges they are suffering from.
Amel’s health coordinator also explained the challenges in the Bekaa region in general, the services provided by the center and the programs implemented in partnership with United Nations agencies and international as well as local partner organizations. He also focused on the basic needs and rights provided through Amel to elderly people.

Dr. Mohanna explained the importance of the center for the local community since it was established under difficult circumstances in 1982, and how it has become a critical source of support for the residents of the surrounding region as the region suffers from poverty and lacks all forms of development, especially in light of the influx of Syrian refugees to the Bekaa region. He explained Amel has provided approximately 3 million services to Syrian refugees to this day, in addition to the support provided to the local Lebanese community. This has been done through Amel’s  25 centers, it’s six mobile clinics, it’s educational units, and it’s protection unit which focuses on street-based children. Dr. Mohanna pertinently said: “but this is not enough, taking into account the suffering of a third of the Lebanese population living in poverty, and the absence of support for most urgent issues such as health, more must be done”.
He also put forth the necessity of launching an urgent global appeal in cooperation with local civil society organizations in order to support the Lebanese people in their economic plight. The current crisis affects all aspects of life and threatens a violent social explosion, suggesting that direct humanitarian channels must be created to help marginalized and vulnerable groups instead of relying on governmental and bureaucratic channels.
Mr. Lazzarini, then made a speech expressing his admiration for the efforts of Amel Association, particularly in regards to supporting both refugees and Lebanese citizens at the same time. He concluded by promising to press for more aid and support these at-risk populations. 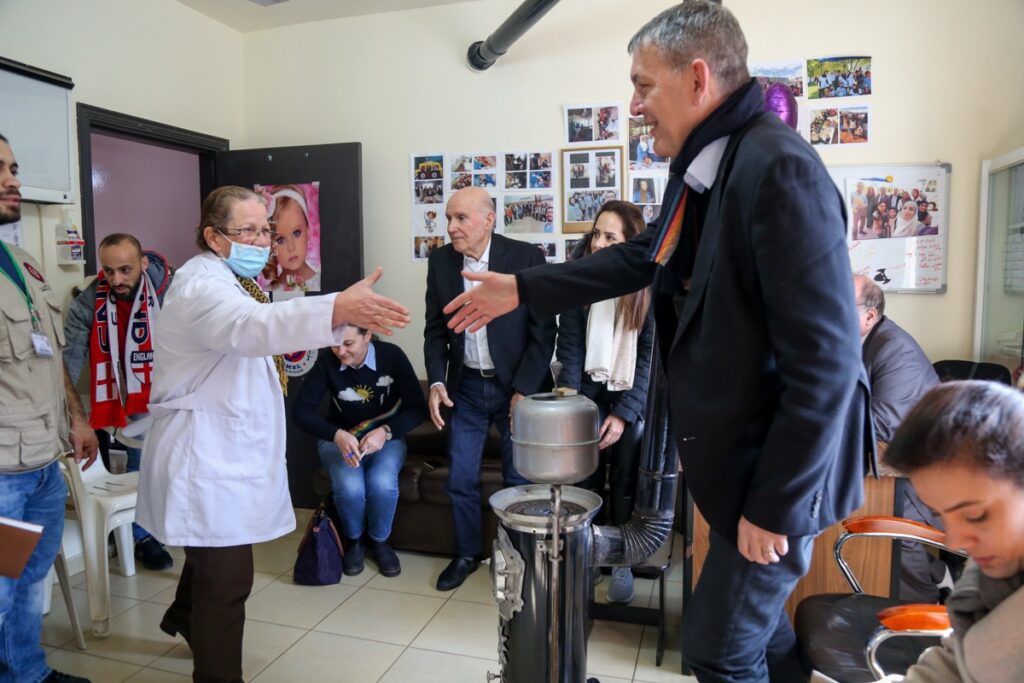