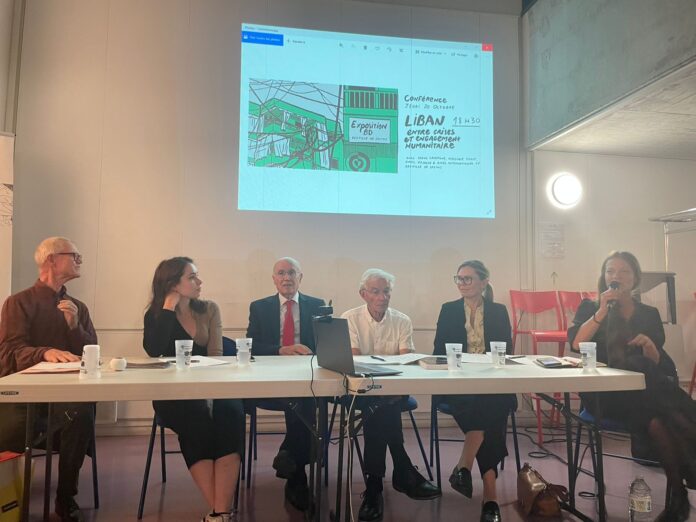 A meeting of representatives from Amel Association International was hosted in Paris, in presence  of Dr. Kamel Mohanna, founding president of the association and general coordinator of the Lebanese and Arab NGOs Network, Dr. Albert Jokhdar, vice-president, and Virginie Lefèvre, member of the board of directors and director of programs and partnerships for Amel Lebanon. The discussions focused on the development of the organization at a global level, on the ways to influence world policies according to the interests of the people, as well as on the answers to be given in order to solve the pressing issues that threaten humanity’s future such as the multiplication of conflicts, wars and epidemics in the face of neo-colonialism and other forms of domination.

The representatives of Amel International’s different branches discussed the expansion of the movement’s activities in Europe, Africa and South-East Asia, in order to spread the organisation’s pioneering model of humanitarian action that it has been implementing over the decades.

The possible evolutions of humanitarian action, which must remain focused on ensuring the basic rights and dignity of marginalized populations, were also discussed during the meeting, in addition to the importance of focusing on upholding the values of solidarity and dignity, in the midst of the acceleration of violent and rolling events globally, and the decline of values in Western countries.

Dr. Mohanna commented during the meeting: “Amel is the first humanitarian organization to advocate the importance of sharing experience between the North and the South, in order to jointly fight for a fairer and more humane world. The organization also promotes the development of a new conception of humanitarian work which is marked today by its defense of certain interests or marked by a form of neo-colonialism”,

Dr. Mohanna, Dr. Jokhdar and Virginie Lefèvre also participated in the conference “Lebanon between crisis and humanitarian commitment”, organised by Amel France in partnership with Action et Solidarité pour le Développement Humain (ASODH). On this occasion, Guy Causset, president of Amel France, Virginie Troit member of the French Red Cross Foundation, Bernard Kouchner, co-founder of MSF, MdM, and former minister, Patrick Aeberhard, former president of MdM, Jean-Paul Chagnollaud, iReMMO, Majed Nehmé, managing editor of Afrique-Asie, Fayçal Jalloul, writer, Sophie Alary from MdM, Christophe Lafforgue member of ASODH, Marc Lavergne, researcher, as well as many other personalities, led by Dr. Kamel Mohanna, called on Europe to respect the laws it claims to protect and put an end to its isolationist and populist policy, in order to reach out to migrants and refugees and help them while they are waiting for political solutions. 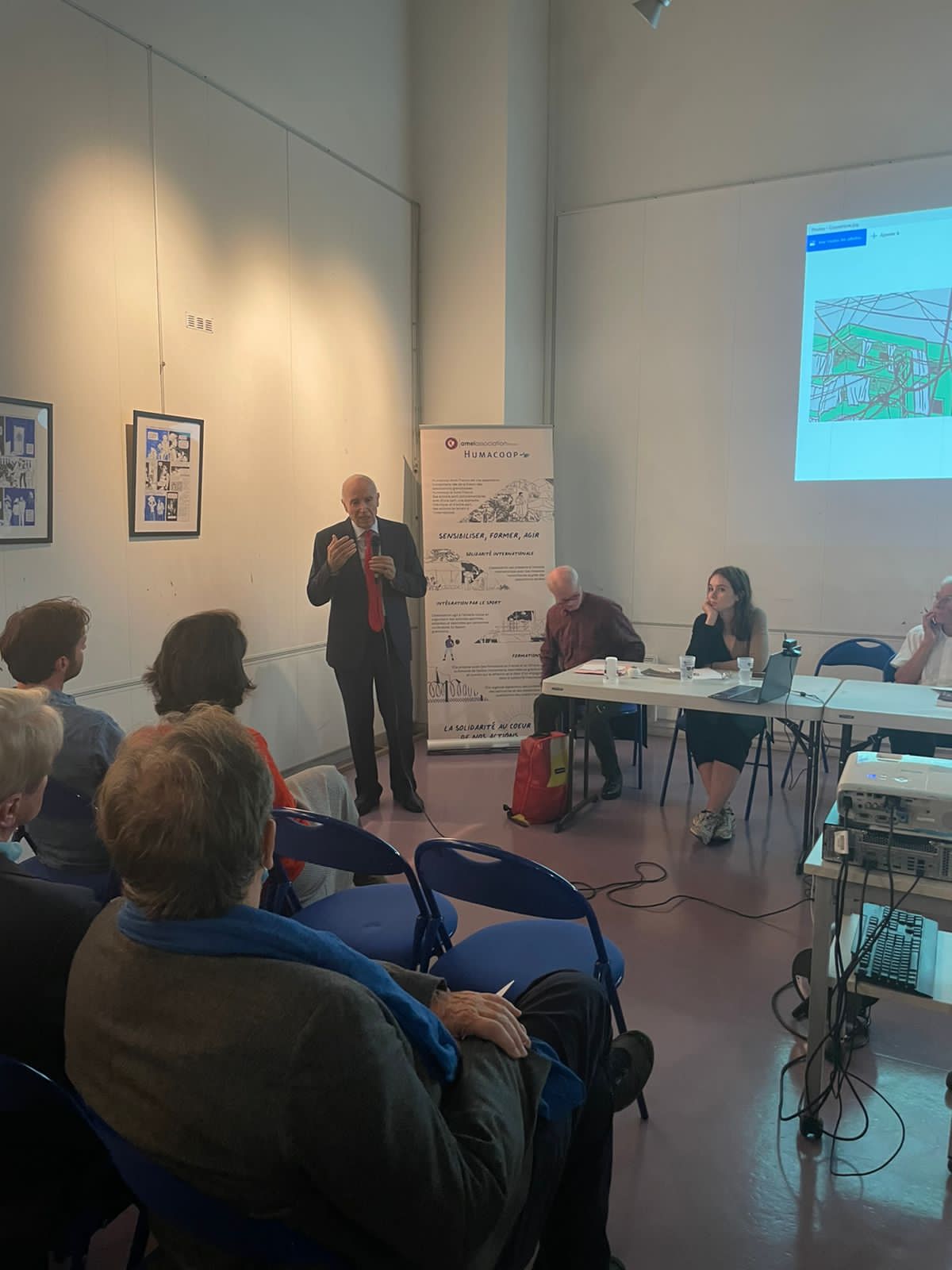 They also stressed the need to support Lebanon, which is bearing too heavy a burden by hosting a large number of displaced persons and refugees while facing its most important economical crisis since the founding of Greater Lebanon in 1920. Dr. Mohanna stressed the importance of a fair balance in partnerships between North and South in addition to the necessity to focus all humanitarian work on eradicating global inequalities. He also elaborated on how Amel is a model of independent engagement and a force for change around the world which has been nominated six times for the Nobel Peace Prize in recognition of its tireless presence alongside underprivileged populations.

“Amel’s philosophy, which has been implemented on the field for 40 years, and its roadmap are based on six fundamental points that guide its action: commitment to the fair causes of peoples, foremost among which is the Palestinian cause, the need to reject double standards between the North and the South, the struggle for a fair distribution of wealth, the establishment of a state of social justice and the fight to address the dangers of climate change. The association can rely on 30 medical-social centres, 6 mobile clinics, 2 mobile education units and a care unit for street children, thanks to the support and commitment of 1,400 workers and volunteers, from the younger generation, both men and women, all of whom have tools, morals and a commitment to the human being” He added.

Dr. Mohanna also highlighted how the Covid-19 pandemic has shown the weakness of health systems and the importance of “white armies” in the world, as well as the presence of forms of discrimination in access to vaccines, especially in Third World countries. The right to health is a resounding slogan, but it does not reflect the reality on the field. The international community is focusing on democracy and gender issues, while the gap between rich and poor is widening every day. 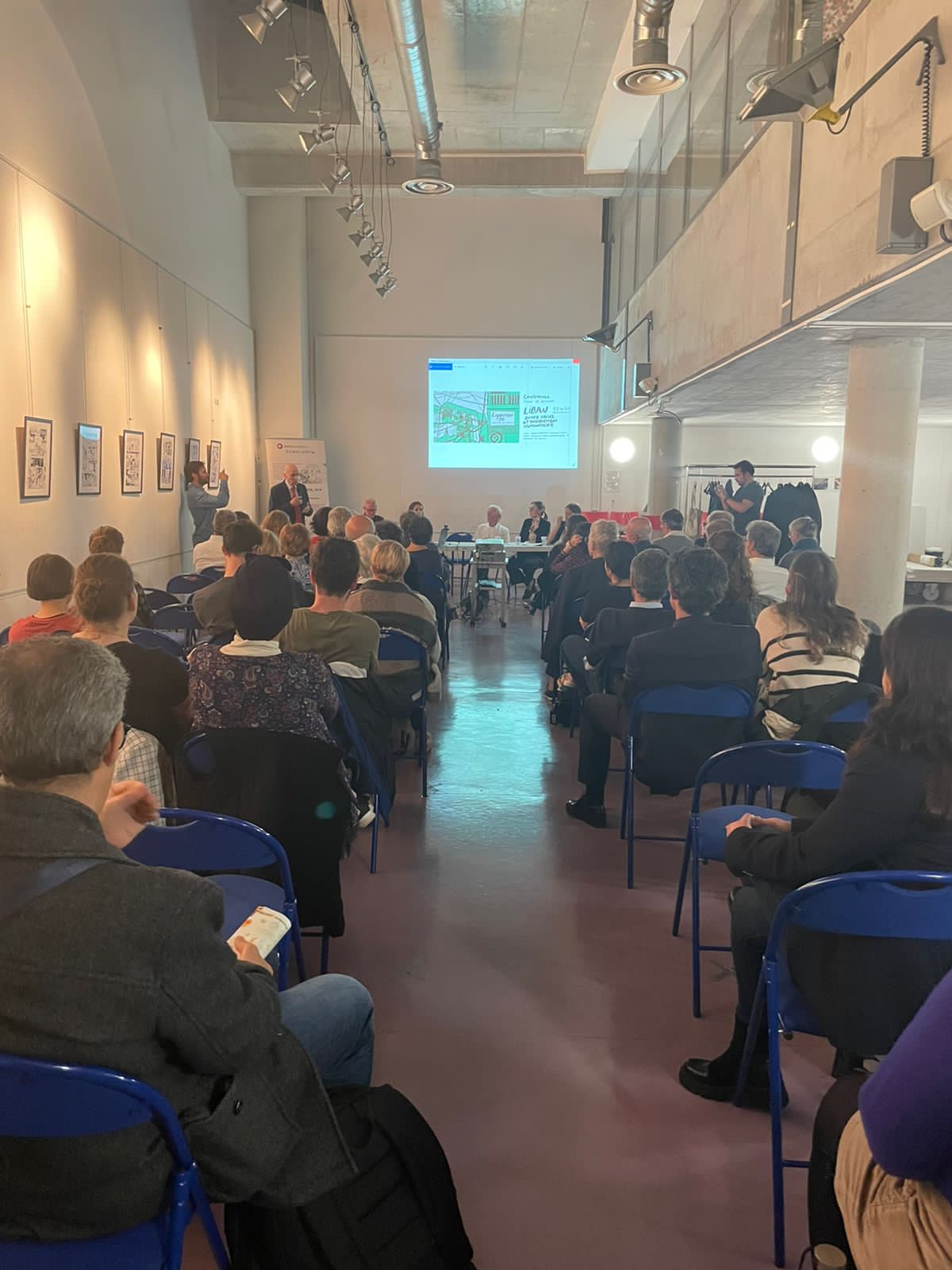 Many guests shared their testimonies about Amel, which they consider to be a model of humanitarian action for the people and by the people, whatever the hardships. From his part, Bernard Kouchner expressed his wish that Amel be recognized for its commitment to human dignity by being awarded the Nobel Peace Prize in the coming years. On the occasion of this conference, an exhibition of drawings by the artist Bertille de Salins, a volunteer for Amel International, was also presented. Inspired by the economic and social crisis in Lebanon, exacerbated by the COVID pandemic and the Beirut blast, the artist recounts her journey and her experience alongside one of Amel’s team on the ground.

While being in Grenoble, Kamel Mohanna and Virginie Lefèvre also participated in the annual general assembly of Amel France. At the top of the agenda was the creation of additional centres dedicated to populations living in the disadvantaged regions of France in order to support marginalized populations, refugees, immigrants, in addition to exchaxnge the knowledge and the best practices of the humanitarian missions carried out by Amel France in Greece, Poland and France in solidarity with the most vulnerable groups and in response to the consequences of the bloody conflicts that are multiplying across the world.

Mohanna during The regional launch of the State of the World’s Volunteerism Report: Our only way out of crisis is working together