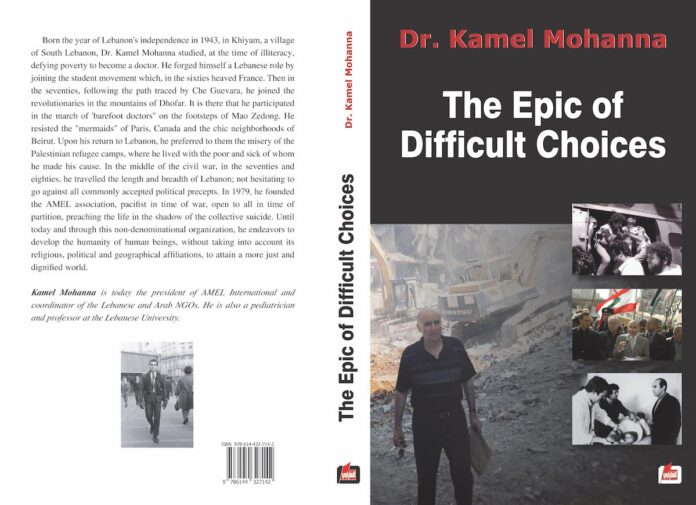 Born the year of Lebanon’s independence in 1943, in Khiyam, a village of South Lebanon, Dr. Kamel Mohanna studied, at the time of illiteracy, defying poverty to become a doctor. He forged himself a Lebanese role by joining the student movement which, in the sixties heaved France. Then in the seventies, following the path traced by Che Guevara, he joined the revolutionaries in the mountains of Dhofar. It is there that he participated in the march of ‘barefoot doctors” on the footsteps of Mao Zedong. He resisted the “mermaids” of Paris, Canada and the chic neighborhoods of Beirut. Upon his return to Lebanon, he preferred to them the misery of the Palestinian refugee camps, where he lived with the poor and sick of whom he made his cause. In the middle of the civil war, in the seventies and eighties, he travelled the length and breadth of Lebanon; not hesitating to go against all commonly accepted political precepts. In 1979, he founded the AMEL association, pacifist in time of war, open to all