Home What We Do Amel brings back hope to 55 children by offering and installing hearing... 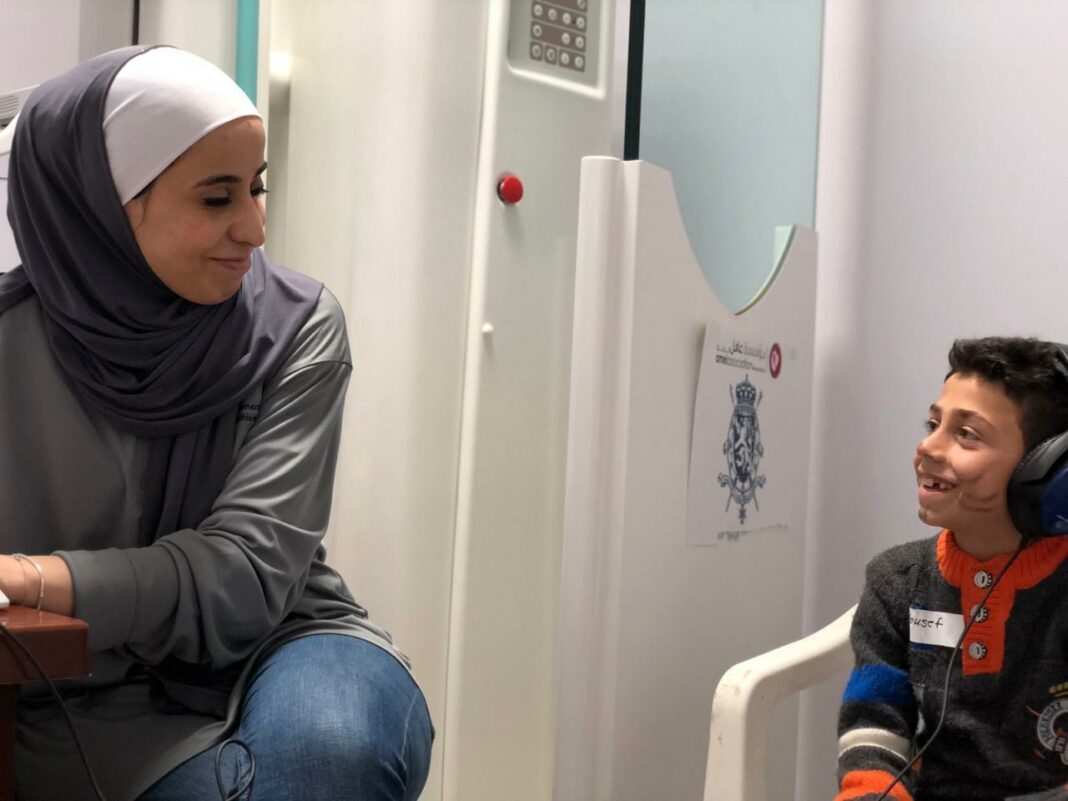 As a result of its humanitarian mission in the Arab region and with the help of Amel Association International, The Toledo HearCare Connection[1] clinic in Ohio has provided hearing aids to 55 Lebanese and Syrian children in order to correct their hearing problems. This operation was under the supervision of Dr. Randa Mansour, on the initiative of the engineer Rami Eidi and his mother the Ambassador Rabha Eidi.

The mission was conducted for two days at the Mehdi Eidi Health and Development centre in Mashghara’s region. The latter opened in 2014 as a result of the region’s needs and in order to meet the flow of Syrian refugees to the Beqaa region. The centre is currently operating in four levels such as providing care to the refugees and elderly. It also works for child protection, fights against all forms of violence and early marriage.

Minors from the most vulnerable groups in the region were involved in order to receive diagnostic tests and then be provided with personal hearing aids. As a result, children have restored or improved their hearing which primarily affects their life, social development, and educational achievement. The operation was overseen by Dr. Mansour, alongside with Amel’s Health Care Program coordinator Mohammed Al-Zayed and head of the centre Ragheda Younes. 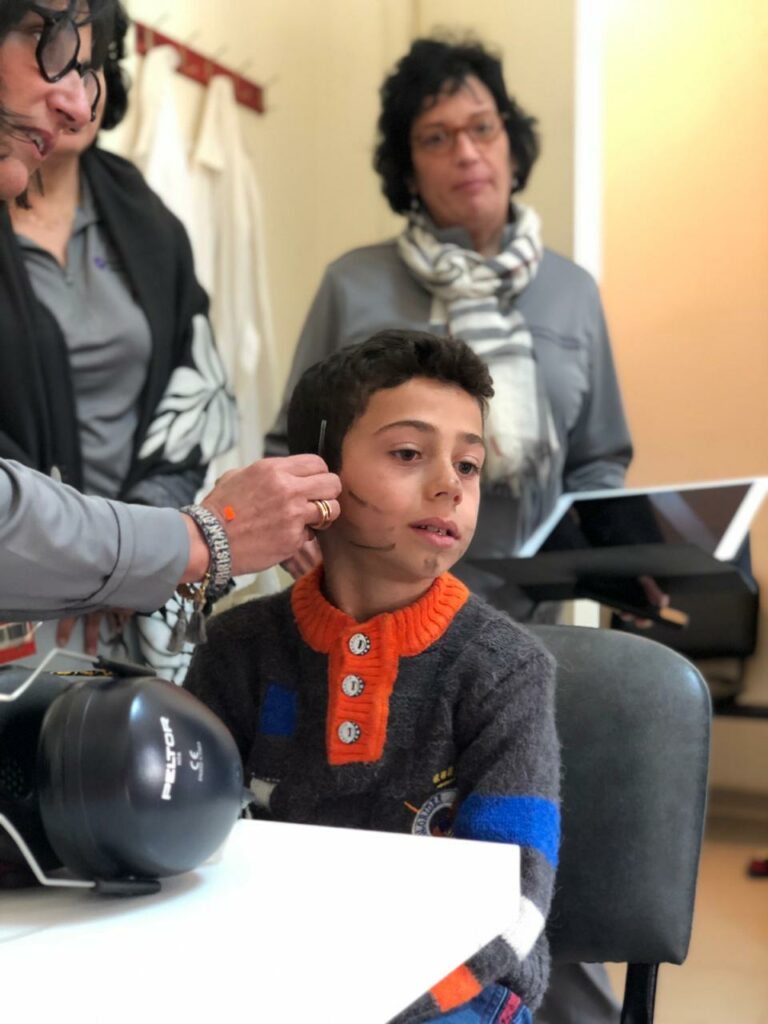 Many children who have benefited from the care offered by this program have thus regained their hearing and have been given a new opportunity to complete or start their schooling. This initiative shows that any human action, however small, can impact the life of the most marginalized groups, deprived by their hearing loss of access to the academic and social spheres.

According to the World Health Organization[2] report, about 360 million people, which is 5% of the world’s population, including 32 million children suffer from hearing loss. About 1.1 billion young people between the ages of 12 and 35 are at risk of hearing loss due to music blaring.

The organisation defines hearing loss as an inability to perceive sounds like an individual with good hearing, to varying degrees, from hearing impairment to hearing loss. If the person does not hear at all, so it is about deafness. This deficiency can be genetic in origin or results from damage to the small sensory cells in the inner ear, just as it can occur following rubella or complications related to childbirth. It can also be caused by other factors, for instance, infectious diseases, such as meningitis, the use of some toxic medications, excessive exposure, or aging.

This way, hearing loss can be avoided if these causes are treated at the primary health care level.

This initiative will be continued in the coming years to assist children in need.  Amel Association International salutes this good initiative with the renewed thanks to Mr. Rami Eidi and Ambassador Rabha Eidi. Amel also thanks Dr. Randa Mansour for giving hope to these children through her medical intervention. 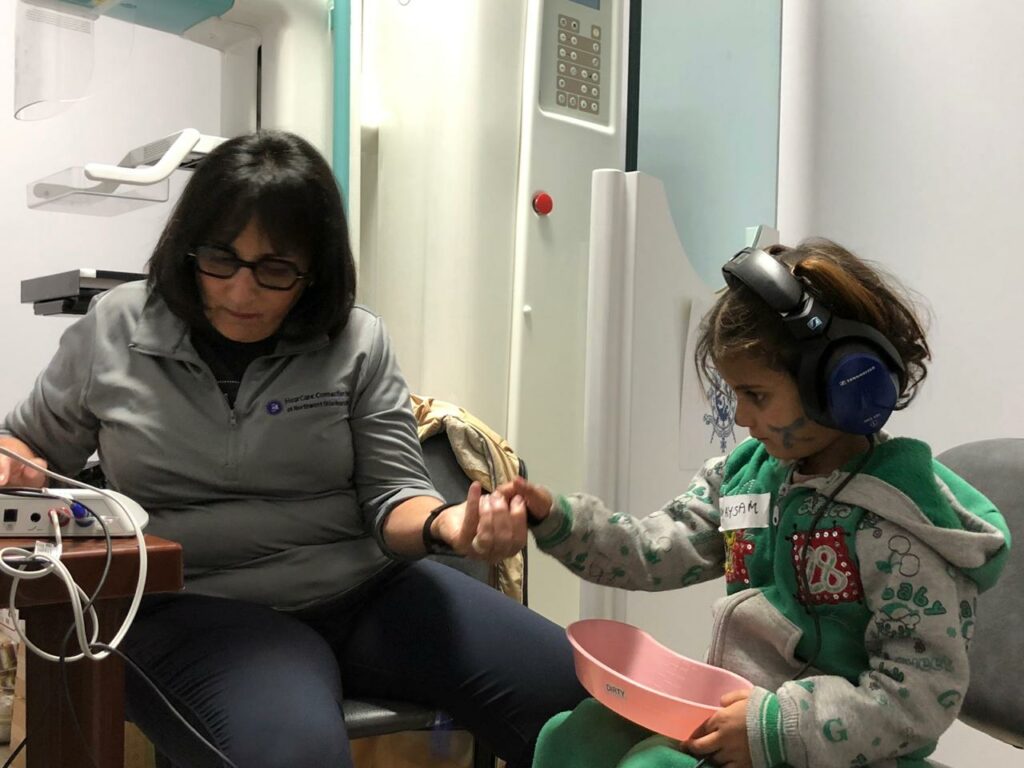