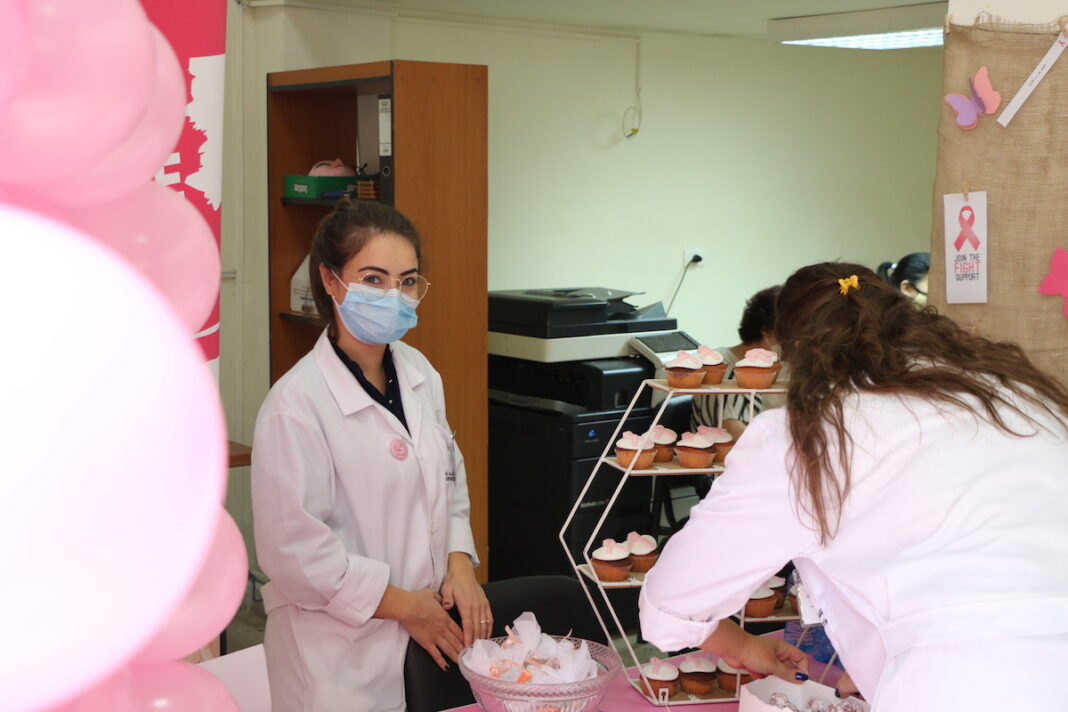 The area of Karm El Zeytoun (suburb of Beirut) is one of the most vulnerable areas in Lebanon, where 5000 Syrian refugees and 10,000 Lebanese reside. Amel has been operating a Health center in Ain El Remaneh since 2021, targeting refugees and marginalized Lebanese host communities. This center is part of the area affected by the explosion of Beirut port in 2021. Its rehabilitation was carried out by Amel in 2021, within this framework. Since then, Amel has been implementing activities related to health in the center of Karm El Zeytoun - Achrafieh.

Since April 2021, due to the growing needs related to health, resulting from the explosions in Beirut and the socio-economic situation, as well as based on the needs expressed by the affected populations, and the actors involved, Amel has set up a primary health unit in Achrafieh, Karm El Zeitoun area.
In July 2021, the activities of the center have been structured with the support of the CDCS, which enabled Amel to support on a monthly basis 400 patients, Lebanese, migrants and Syrian refugees, who have dignified access to several services including: general practitioner, pediatric, gynecological/obstetric and cardiological consultations, and the distribution of essential medications and laboratory tests. The center also regularly hosts general awareness sessions, conducted by a social worker, and on mental health, conducted by a psychologist.

The mobile protection targets people in situation of great exclusion in urban areas, and more specifically children in "street situations" and their families. The mobile aspect of this system allows a team of professionals (social workers, nurses, drivers/social workers, psychologist) to reach this particularly marginalized communities and to offer them adapted and comprehensive care. Within the framework of the project supported by the CDCS, the people in street situations will benefit from additional support in terms of psycho-social and food. Additionally, the food support activity started in August 2021 and has benefited several families that are receiving a monthly package.

How to reach us