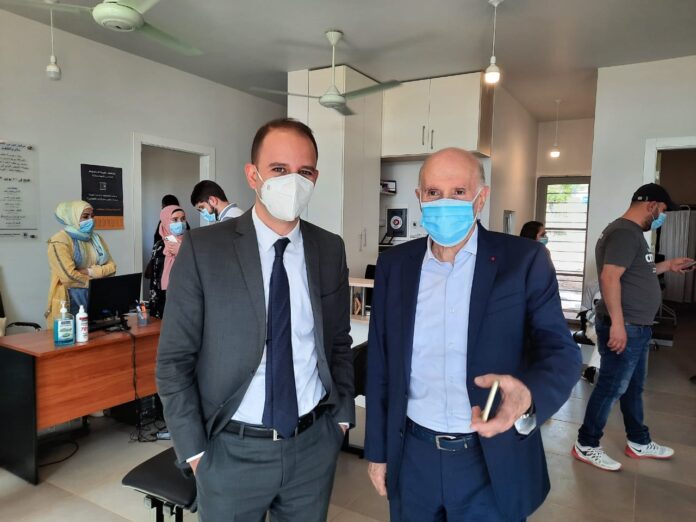 Khoder: we must generalize the solidarity-development approach led by Amel

Mohanna: the crisis Lebanon is going through requires the support of the international community

The French ambassador to Lebanon, Mrs. Anne Grillo, accompanied by a delegation of the French Development Agency (AFD) visited Amel Mohanna and Fondation Mérieux center in Douris in the presence of the governor of Baalbek- Hermel Mr. Bashir Khodor, and the Mayor of Douris Mr. Elie Ghossein and his deputy Mr. Chafik Chehade, Dr. Josette Najjar the representative of Fondation Mérieux, as well as the representative of Doctors of the World Bernadette Mercy, in order to get acquainted with the activities of the center in the region since 2020, in partnership with Fondation Mérieux and with the support of the Principality of Monaco. 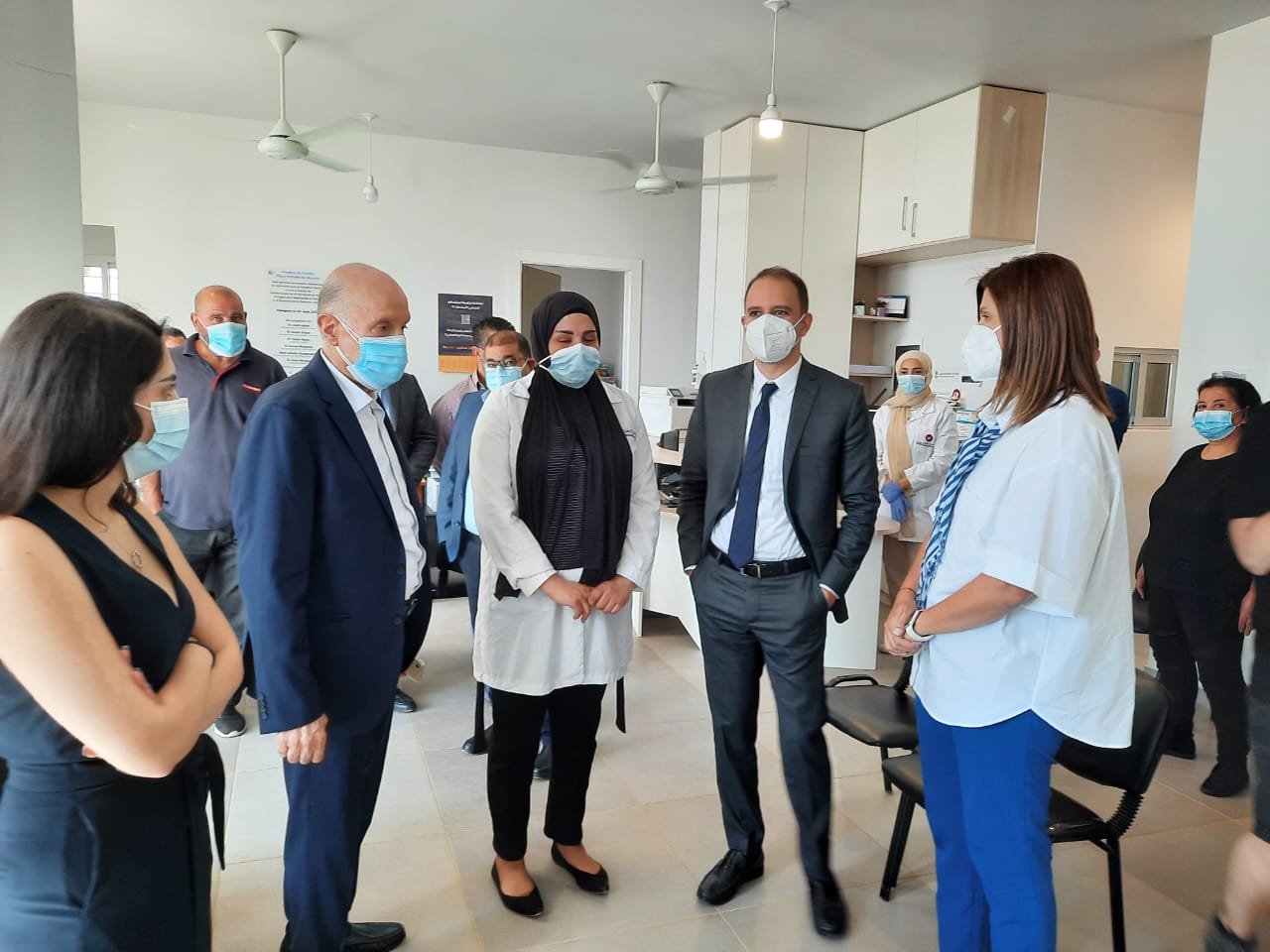 Dr. Kamel Mohanna, president of Amel Association International received the delegation in the presence of the coordinator of partnerships and programs Virginie Lefèvre, the center’s team and members of the health committee.
The visit started with the presentation of the different programs and projects implemented in the center. From the health programs that provide medical consultations, medicines and awareness sessions to the developmental-social program that serves the popular strata of the host community and refugees, the center’s team explained the different intervention plans developed by Amel as part of the response to the increased needs of the population of the region and its surroundings.
Grillo stressed that France will continue to maintain the people during this crisis that Lebanon is going through and to support the humanitarian programs that serve all people. She also praised the model presented by Amel which is based on strengthening the values of citizenship and solidarity and which leads towards building a state of social justice.
In his turn, the governor of Baalbek- Hermel Mr. Bashir Khodor, praised the crucial role of the Center in the region, which suffers from a historical deprivation in terms of development, especially in these crises that Lebanon and its people are going through, while believing that the cooperation of civil society, municipalities and local actors is the best solution to protect Lebanon from collapse, and that the historical efforts and solidarity-development approach led by Amel must be generalized to empower marginalized groups.
Mr. Elie Ghossein, the mayor of Douris, emphasized the importance and effectiveness of this center, stressing the essential role played by Amel in fighting the spread of the COVID-19 pandemic in the regions and in the refugee camps.
Dr. Kamel Mohanna thanked the partners who contributed to the launching of this center for what it represents a model of solidarity while considering that the inauguration of this center is a continuity for the efforts of Amel which has been operating to develop the marginalized region of Bekaa for 40 years.
He added: Amel, the non-denominational NGO will continue through its 28 centers, its six mobile clinics, its two mobile education units, its special care unit for street children and its 1000 full time employees to intensify its efforts, to provide safe access to health programs for all people residing in Lebanon. Its main slogan is: how do we work to improve the humanity of the human being, regardless of his religious, political or cultural choices.
Amel’s president also stressed that the political and socio-economic crises that Lebanon is going through require the support of the international community and that ensuring human dignity and access to basic rights requires global solidarity and responsibility from influential people, as well as presenting an effective model for building a state of citizenship, social justice and national liberation, which Amel has been working to build in Lebanon
In conclusion, Mohanna thanked Ambassador Grillo for her support, assistance and solidarity with the Bekaa region, which has suffered from historical deprivation, and which still needs development at the level of several sectors.