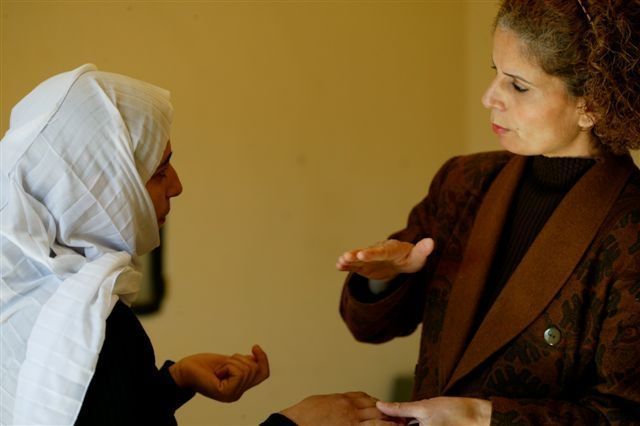 Away from Lebanon’s political dramas, there is a field where serious work and constancy matters. In the area of social development, Amel Association does a wonderful job, and I have seen it first hand.
Some time ago, while in Beirut, I was invited to visit alongside members of Amel’s staff, few facilities outside the capital. I wholeheartedly accepted, as social development is a field I have always been interested in.
We first went to a Druze village, and the mayor or muktar as he is called there was friendly and open, as were all the other villagers.
If it weren’t for Amel and the services provided many would not afford a medical check up, not to mention a medium or long-term treatment. They work in agriculture, therefore the financial means they have at their disposal are minimum at best. It is a sad reality of human condition. They can’t afford a trip to the hospital or medical treatment. At the peak of what today is called technology revolution, many of us have forgotten what it means to be humane, to show compassion, to care and to help those in need. Somehow society encourages an egocentric type of behavior. Those people are not looking for charity. They simply want to be treated with respect by the state and by their fellow citizens, respect
that themselves practice in their relationship with the others.
The mayor spoke highly of Amel, and not because Amel staff were present, but rather because the villagers value their services and ongoing support.
After visiting Khiam Center, where Amel provides not only medical support, but also social services and trainings for would be mothers, and those looking out for a job, we headed towards Tyr where we met with other staff members and with Dr Kamel Mohanna.
The dedication of Dr Mohanna and Amel were recognized and applauded in various circumstances, both in Lebanon and abroad. More recently, Dr Mohanna has been nominated for the UNESCO Prize for Peace Education.
In March, at one of the Arab League’s seminaries, Dr Mohanna talked about the need to have a new social contract between governments and the people. Since 1979, Dr Mohanna promotes through Amel the idea of thinking globally and acting locally. The goal was and still is to empower both men and women, to educate, to help and to offer alternatives for a decent life.

Manuela Paraipan has acted as media advisor to various parties in the Middle East. She was a media fellow and contributing editor to World Security Network, and has authored articles and policy studies on human rights in Lebanon, Middle East politics, global governance and economic advancement in underdeveloped countries. She is now the Director Executive of the Bucharest based Middle East Political and Economic Institute (MEPEI), non-profit, independent, organization.