Home What We Do Amel gains observer status at IOM 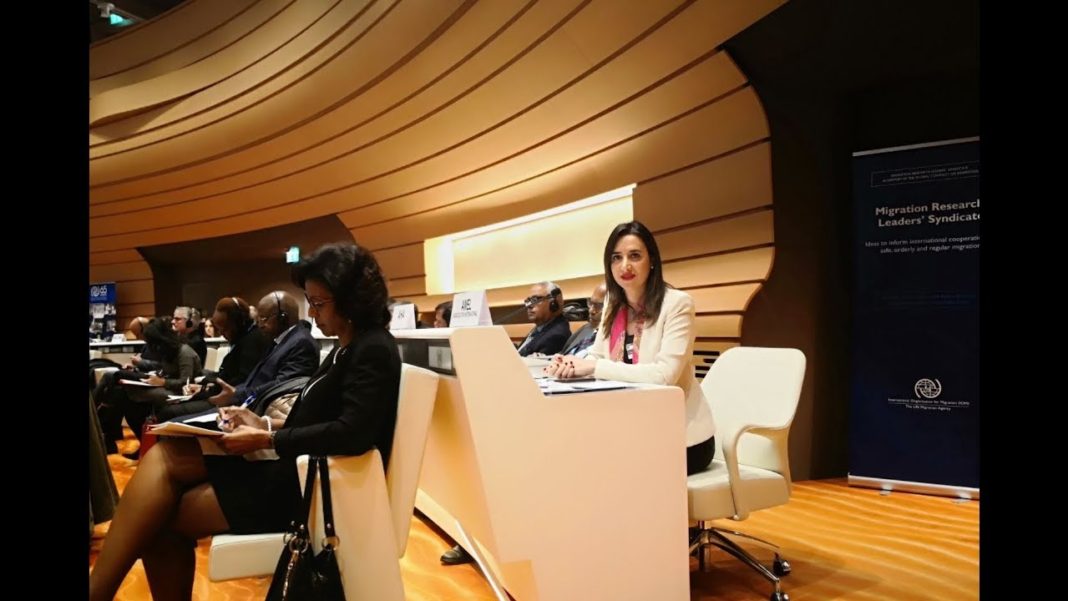 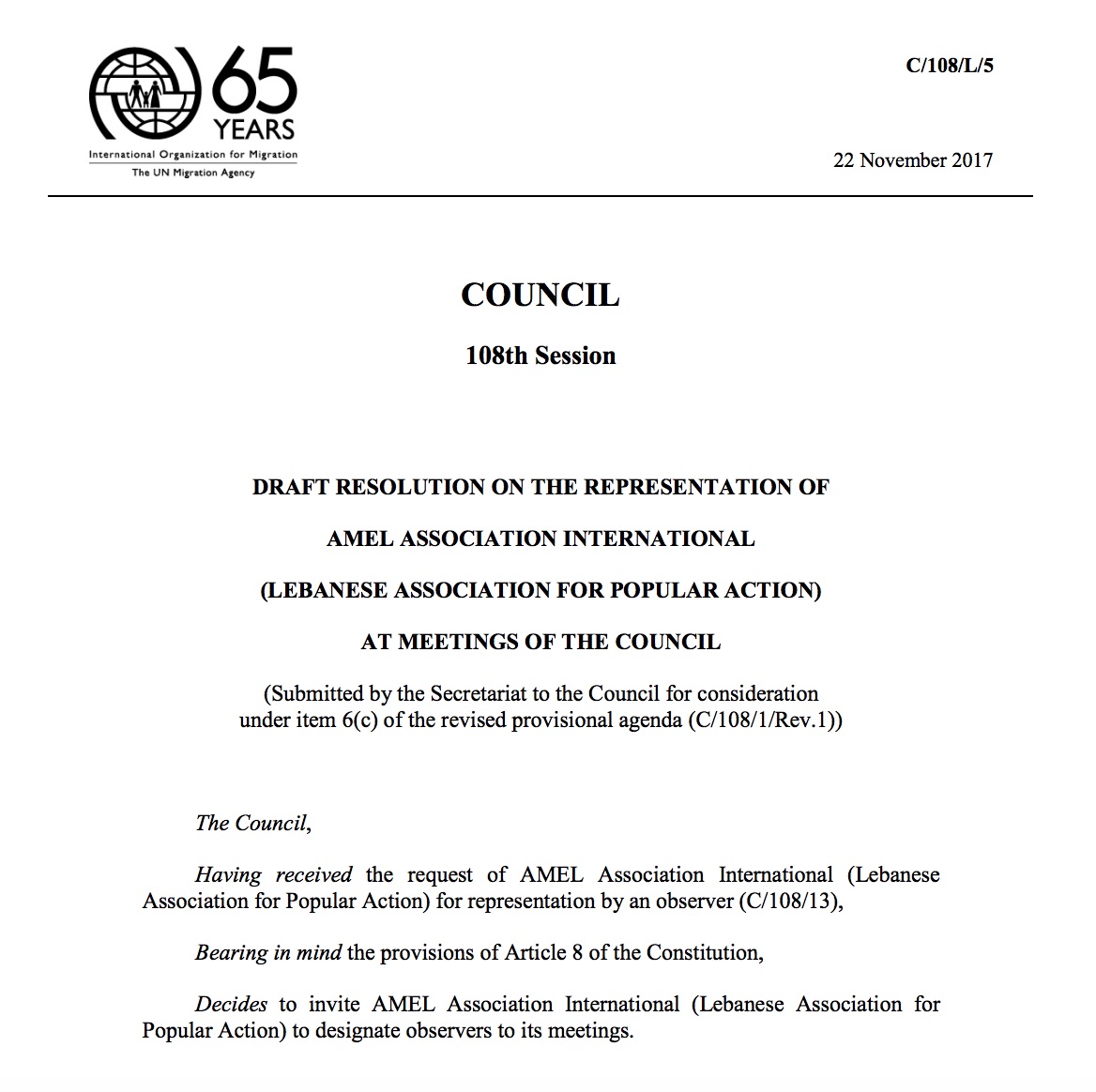 Addressing the 108th session of the IOM Council, which kicked off Tuesday and will continue into the next month, IOM’s Director General William Lacy Swing heaped praise on Amel for the Association’s humanitarian endeavors.
Meanwhile, in a speech of her own, Amel’s  delegate to the UN, and programme coordinator for the support of migrants and counter trafficking, Zeina Mohanna said that joining the IOM as an observer state “was a testament to Amel’s close rapport with IOM, in the support of migrants.”