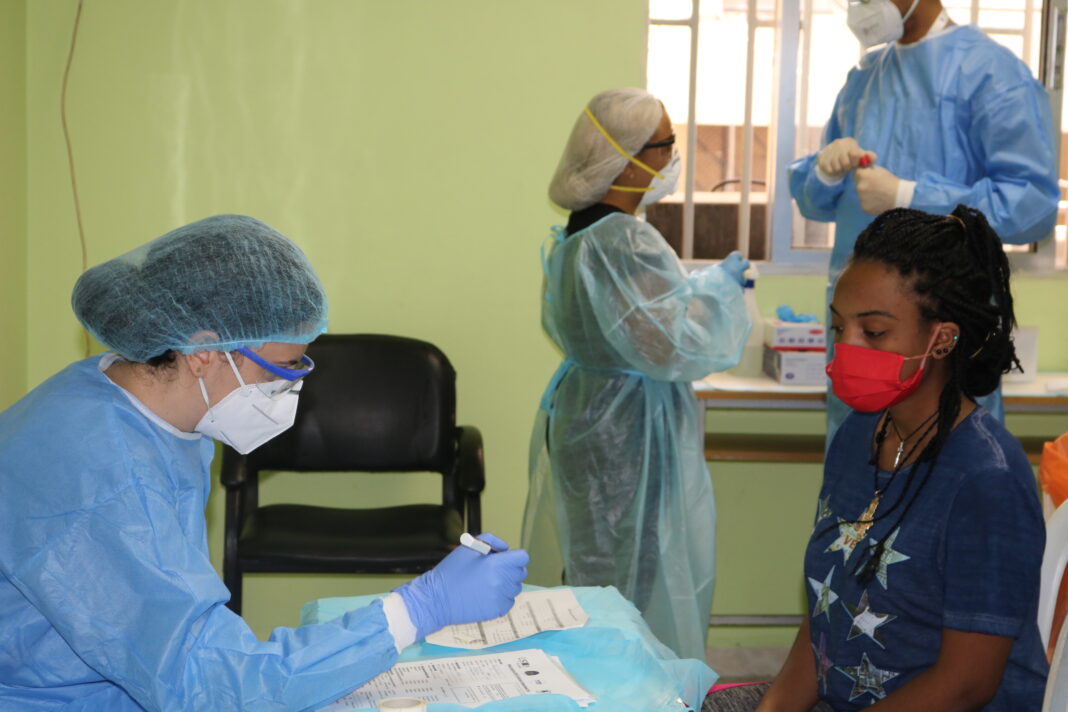 By Dr. Zeina Mohanna, Board Member, Amel Association International and University Professor at the American University of Beirut

On June the 3rd, 37 Ethiopian Women Migrant Domestic Workers (MDWs) were ‘abandoned’ by the employer or ‘evicted’ to stay in the street in front of the embassy without access to shelter, food, money, passport or other basis survival needs. This scandal was followed with more MDW of a similar status in the following days to reach nearly 140 in two weeks. These ladies are from the Ethiopians, Ghanaian, Sierra Leone and other nationalities, and the trend is on-going in a time where the NGOs and INGOs resources are depleted. The COVID-19 lockdown resulted in increased rates of exploitation, violence and traits of human trafficking among employer and employees. Psychological distress and migrants subject to mental health issue is clearly increasing.

The difficult situation of live-in regular migrants is added to a large number of live-out migrants with irregular status, that are mainly freelancers living on their own. This latest category has been losing their jobs since the revolution in October 2019, and 79% declared to have lost totally their source of income with the lockdown, and a proportion is faced with eviction notices from the landlord due to inability to pay the rent, on top of the inability to buy food, water and basic survival necessities.

These groups are in dire survival situations and require urgent protection support. The latest numbers declared by the Ministry of Labor and General Security estimate MDW with regular status to 182,000 and irregular migrants to 70,000. Food security is a main challenge whereby 40% of the surveyed migrants have reported inadequate food consumption levels, and many resorted to negative coping mechanisms that include resorting to socially degrading or exploitative jobs to survive. The needs are many in a time where the resource allocation to migrants have been minimal.

The scandal of the RAMCO company in respect to Male Migrant Workers from Bangladesh during May 2020 added to the exploitation and the inability to pay them in US dollars where many would like to return home or have better living and working conditions. Male migrant works are estimated for more than 100,000 and many of them are equally challenges as the women migrants with loss of job, inaccessibly of US dollars to send back home as remittances.

The economic crisis, inability to access US dollars and devaluation of the currency resulted in the inability of the employer to pay and transfer the salary of the migrant and resulted in the desire to break the contract. The closure of the airport, and request from the employer to pay nearly 1500$ for the ticket and 14 days quarantine in Ethiopia made it almost impossible to support the return of the MDW back home. The economic situation is estimated to last for some time, another COVID-19 wave might result in another lock-down whereby the Voluntary Return back home has been requested by migrants, and might be more effective for some cases rather than staying in Lebanon in very challenging survival circumstances.

All of these socio-economic challenges add to the direct corona health challenges whereby low testing among the migrant community is recorded due to several challenges that can be grouped as: fear of restoring to governmental organization due to irregular status and fear of detention, stigmatization of corona, and lack of awareness on the symptoms and preventive measures. Corona related challenges add to the existing chronic and health needs of migrants.

Amel Association program for the support of Migrant Workers and Counter-trafficking have been operating since 2011, in its 25 centers nationwide, on six levels:

(3) national and international advocacy and coordination,

(4) awareness raising on rights and duties among the employer and employee for improved working relationship until the replacement of the kafala system,

(6) coordination with countries of origin.

Amel already supported the first group of ‘abandoned’ migrants with PCR testing, some food items and follow-up to be able to access shelter. Many efforts have been set of coordination with all GOs, NGOs, and INGOs but limited resources remain the main challenge for alleviating the situation of the migrants.

In brief, based on Amel experience in supporting migrants and in light to the current socio-economic (absence of USD) and health speculations (corona progress forward), the best use of resources in the support of migrants is suggested to be on three main directives to respond to the emergency and alleviate their condition:

Directive 1: To support migrants with Relief items (food, shelter, cash for rent, non-food items) and Corona response for their sustainability in Lebanon (hygiene kits, PCR, awareness, isolation centers). In addition to legal support for assistance in unpaid wages, other abuses and advocacy for waivers from governmental organizations for their well-being and prosperity.

Directive 3: To facilitate regularization of migrants by providing amnesty or waiver of penalties for irregular migrants who want to stay in Lebanon, especially to the ones without passport and set at a vulnerability, for finding a new employer within the Lebanese regulations.