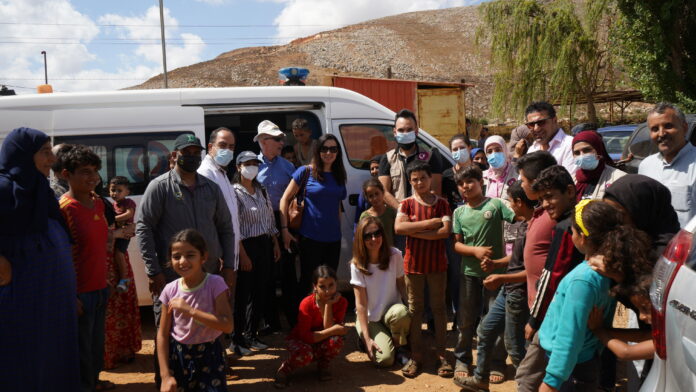 Amel Association International hosted a delegation from Wayne State University – departments of Medicine, Pharmacy and research, in a number of its developmental-health centers,  with the aim of reviewing the Association’s field activities and programs dedicated to empowering vulnerable population, since 40 years, in the most marginalized Lebanese regions. This visit took place within the framework of a project to cooperate in the field of academic research between Amel, Wayne State University and the American University of Beirut.

The delegation included the president of the Arab-American Doctors Association (NAMAA) and liaison for the Middle East global affairs at Wayne State University Rouba Ali-Fehmi, the Associate professor and director of research, Dr. Paul Kilgore, the Associate professor of emergency medicine – Associate director of global and urban health Dr. Vijaya Arun Kumar in addition to the Medicine resident Henry Ford Health System coordinator Dr. Yasmine Mann. All members of the  delegation were received by Dr. Kamel Mohanna, founding President of Amel Association International, Dr. Zeina Mohanna  member of the Administrative and executive Board in addition to the coordinator of the Academic Research Department, Dr. Ali Ghassani and Amel’s team.

The tour began with a visit of Amel’s Development – Health Center in Khiyam, which has been working in service of the local population and refugees for the last four decades in several fields. These mainly include primary health care, elderly care, education, child protection and vocational training for youth and women. The delegation was acquainted with the situation of the center’s departments, and programs through which it works. 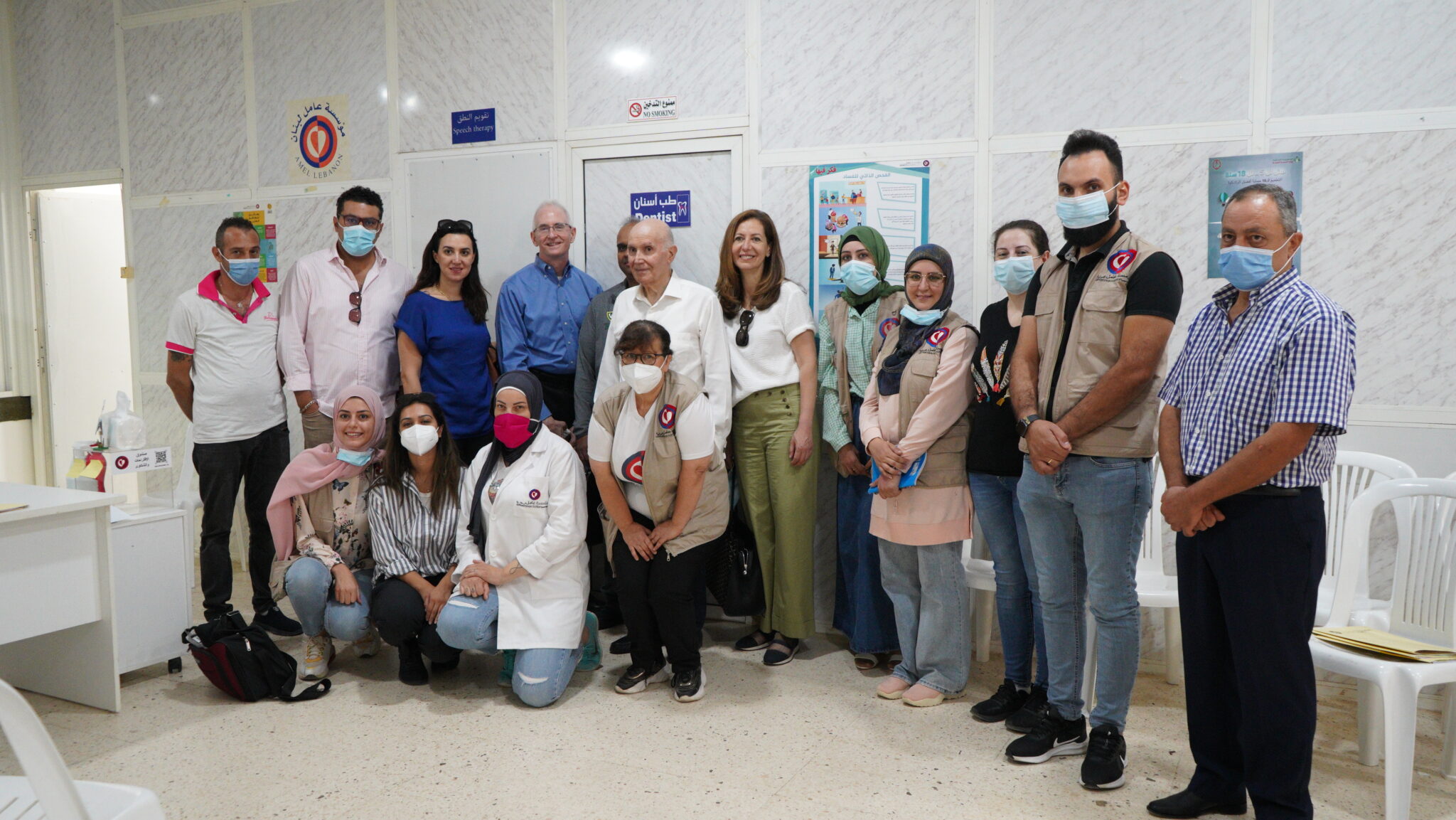 The second stop was at Sarada refugee camp, which includes about 1,500 displaced people, where the delegation inspected their conditions and closely checked the mobile medical unit activities which provides care and services to the displaced, in addition to the mobile education unit (Amel bus) that contributes to preserve the Syrian children’s right to education in marginalized camps by offering them the necessary support in order to help them stay in school.

The tour concluded with a lunch on the Hasbani River, where Dr. Kamel Mohanna gave a speech in which he commended the efforts of the Arab-American Doctors Association (NAMAA) and its efforts to link scientific research to field based knowledge in addition to its continuous support for Amel’s mission and its quest to build an equal partnership based on cooperation and respect with patriotic institutions in the Arab world and globally. The NAMAA emphasized on the fact that Amel, which leads the humanitarian global campaign in solidarity with all the vulnerable around the world, considers that humanitarian action cannot be effective without its commitment to the rightful issues of peoples, foremost of which is the Palestinian cause, in addition to the need to battle double standards between the East the West and the struggle for a just distribution of wealth and the establishment of a state of social justice. It also pointed out that Amel, which defended human dignity for four decades, continues to carry out its mission of change through its 30 centers, 6 mobile clinics, 2 mobile education units and a unique care unit for street children, led by 1,400 workers from the young generation, especially young women, and experienced workers supported by data, tools, and of course moral and humanitarian commitment.

Dr Mohanna also pointed out that Amel works against the dominant culture in the Arab world, and has for main slogan: How do we work to uphold the humanity of each person regardless of his political, cultural or religious choices, because what really matters is what we can do together as human beings, and that is the real challenge.

He also stated that the world is witnessing a major decline in the field of human values and humanitarian work as a result of the escalation of populist and racist discourse, considering that the peoples of the world, through their solidarity and work together in facing the walls of hate, can change the fate of the world and build together a more just and more humane world.